I believe a good designer sees all problems in life with a design eye. And a good designer can translate all that is learned from other disciplines into design. That is why I want to feature Pixel Husky in my portfolio as a design project.

A PROBLEM TO BE SOLVED

I relaunched Pixel Husky 2 years ago because I saw a problem that frustrated me and was waiting to be solved: design was still misunderstood.

The first truly interdisciplinary design club at University of Washington Seattle with a completely new branding from our Creative Director Justin McKissick to fit our new ambition. 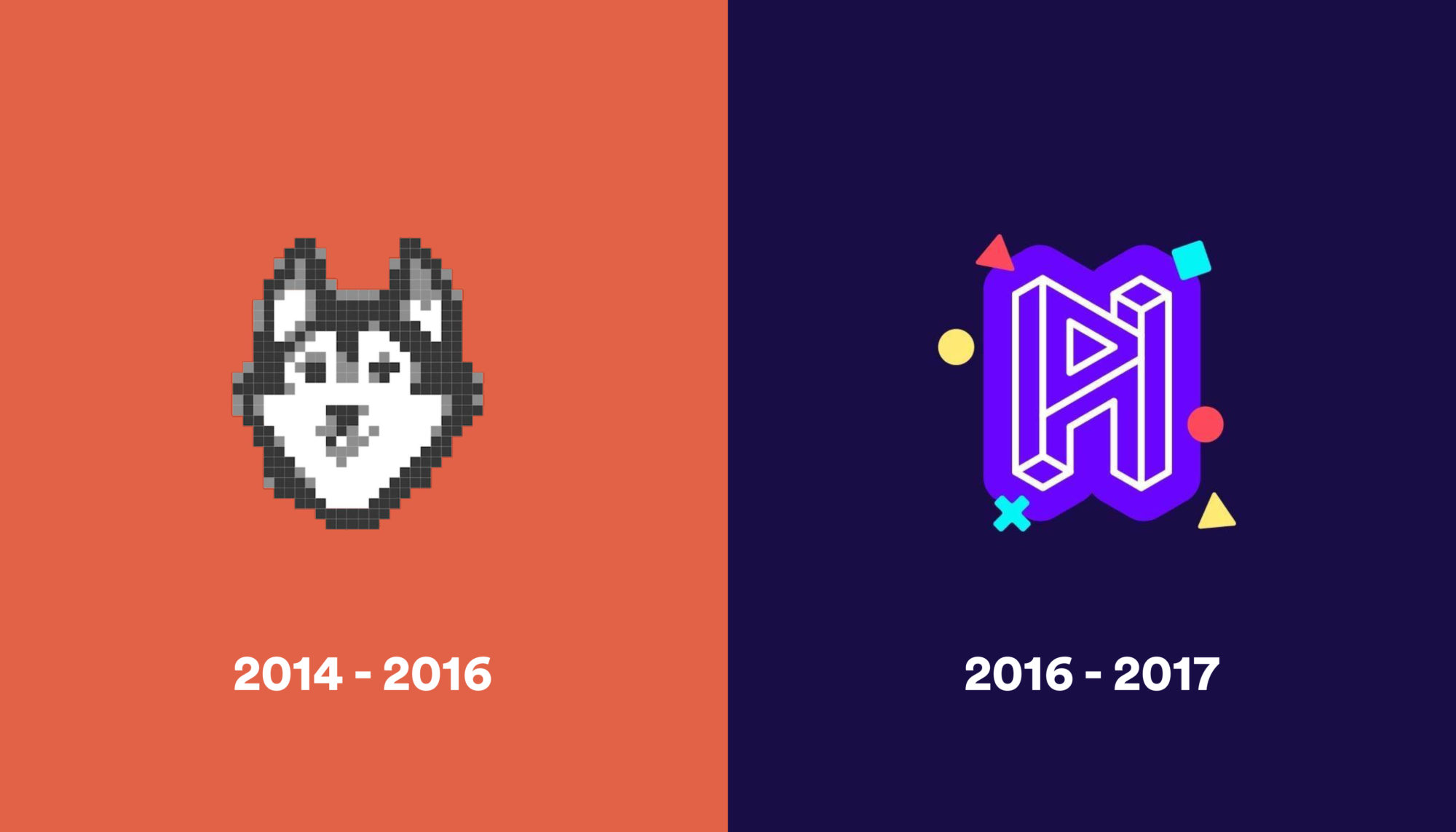 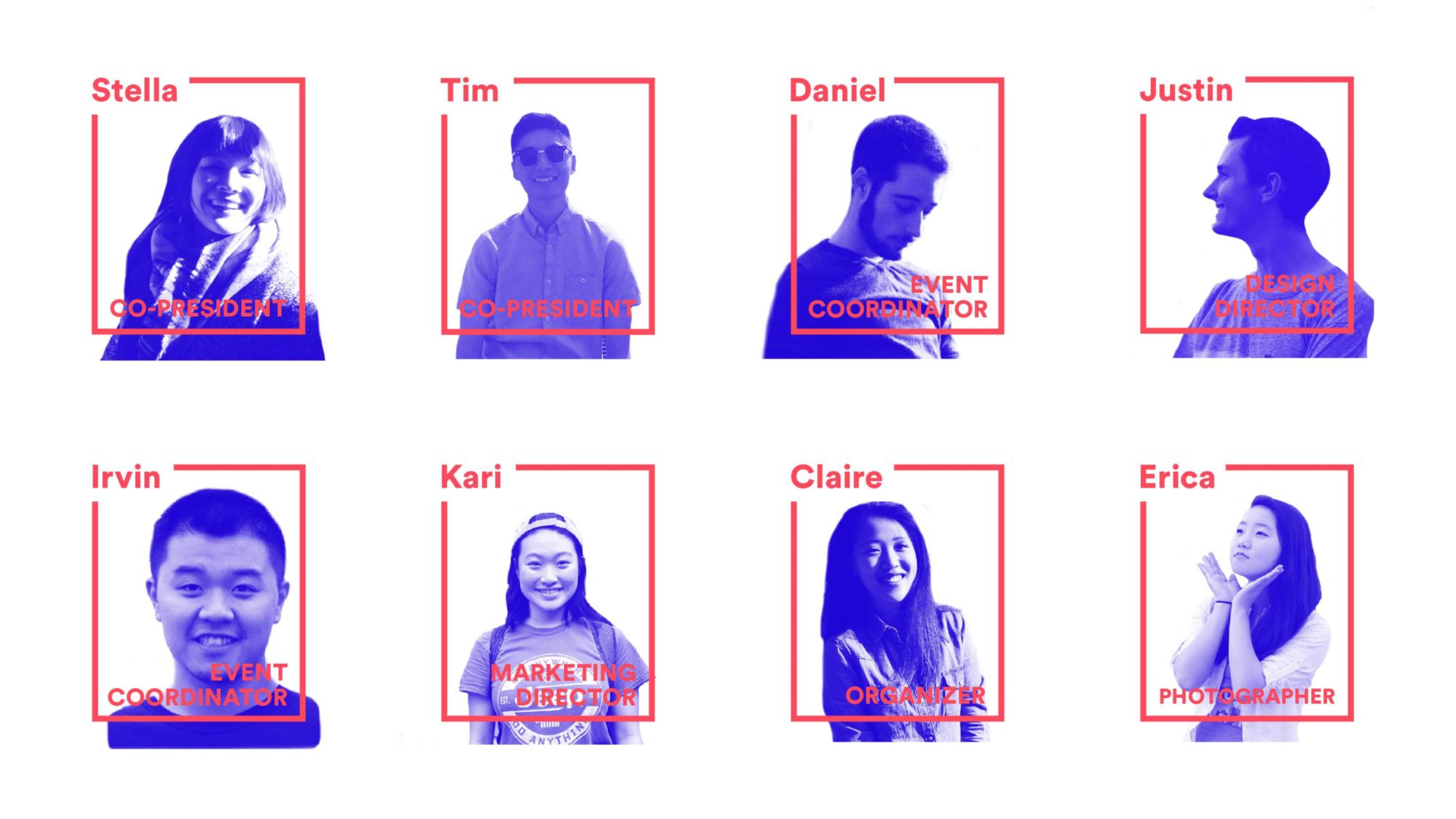 We run 4-5 events a quarter and cater them to all 3 groups of audience: designers, non-designers and prospective designers. Our event types include talks, panels, workshops and other creative formats of events. 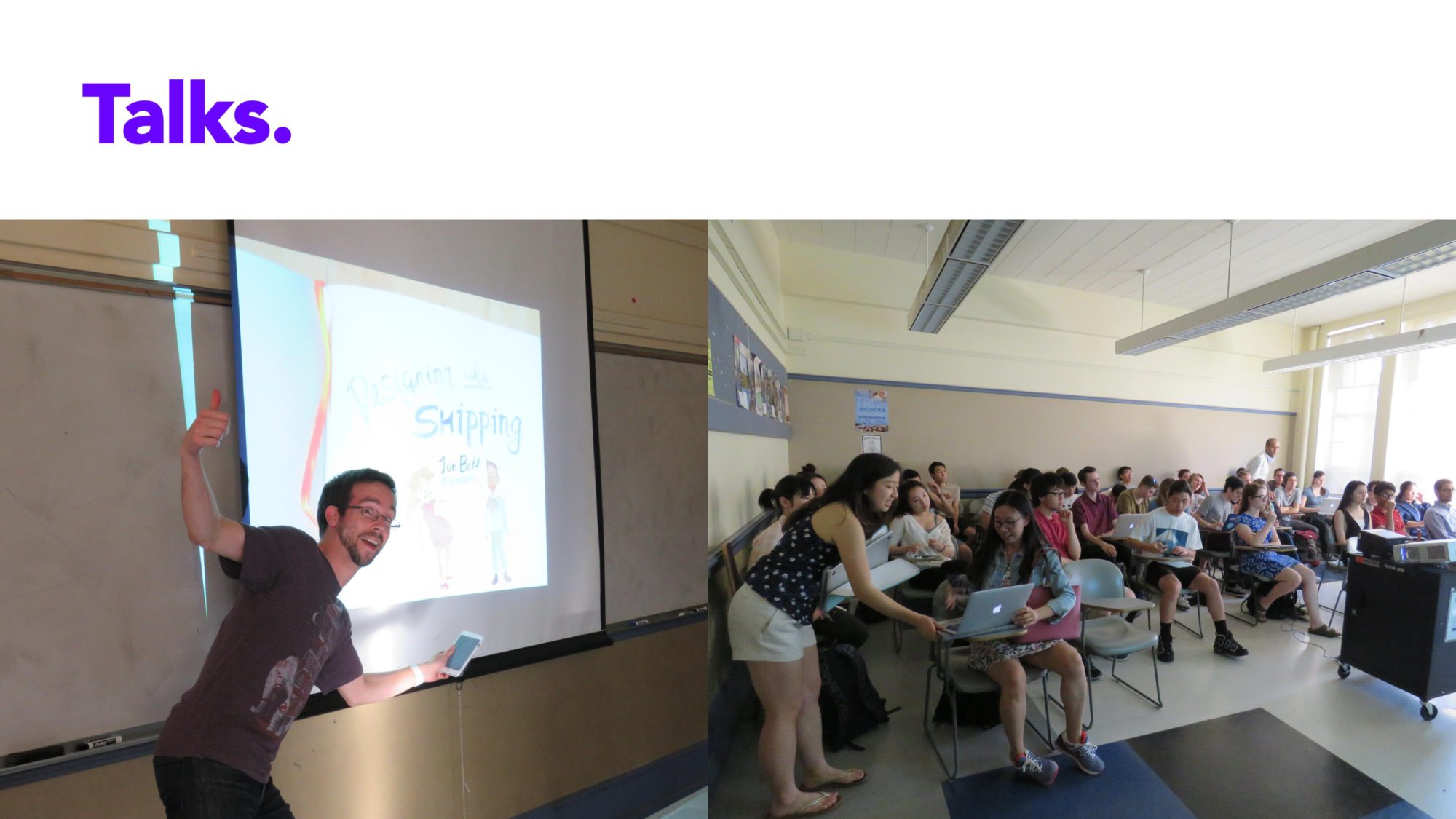 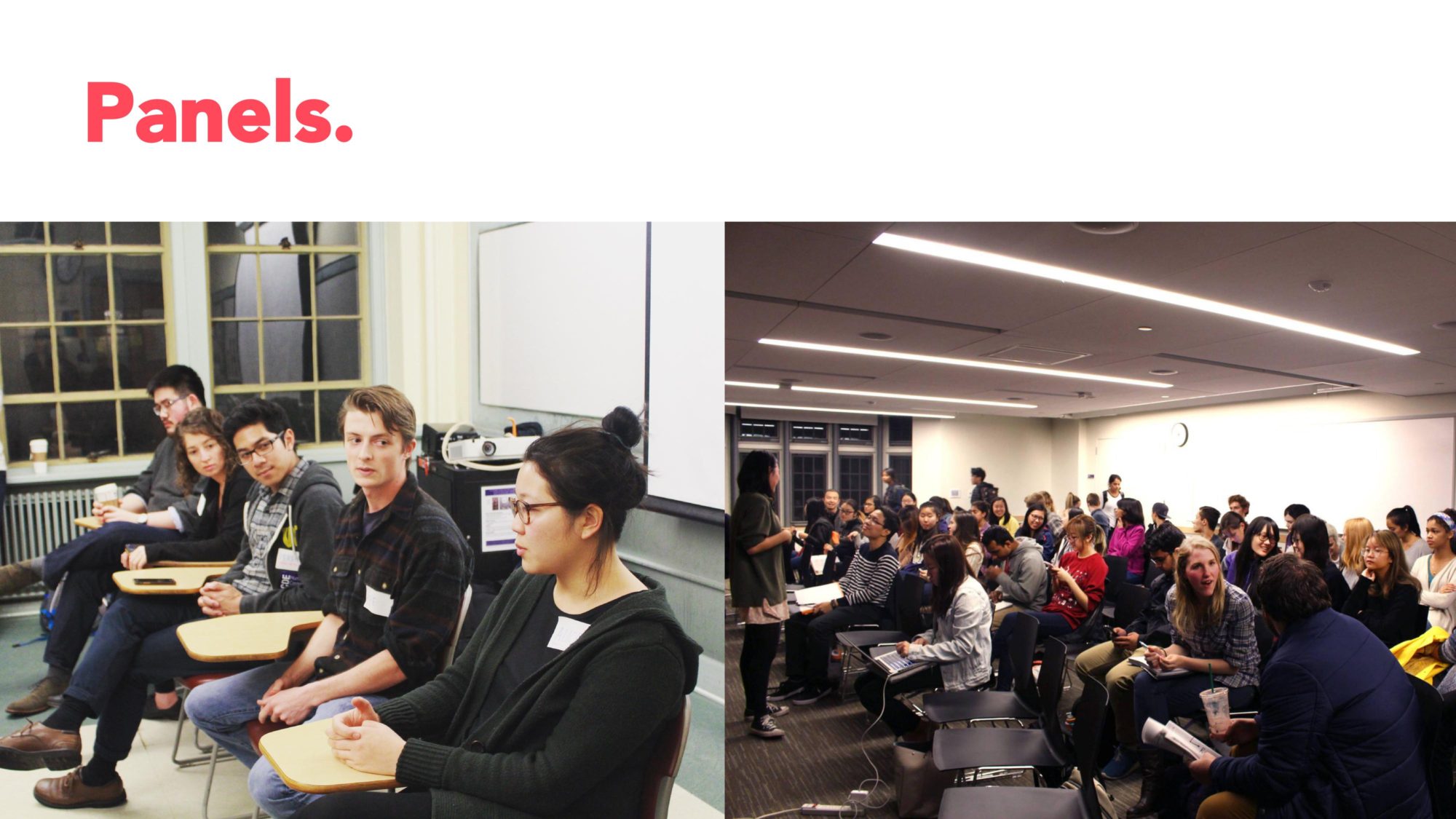 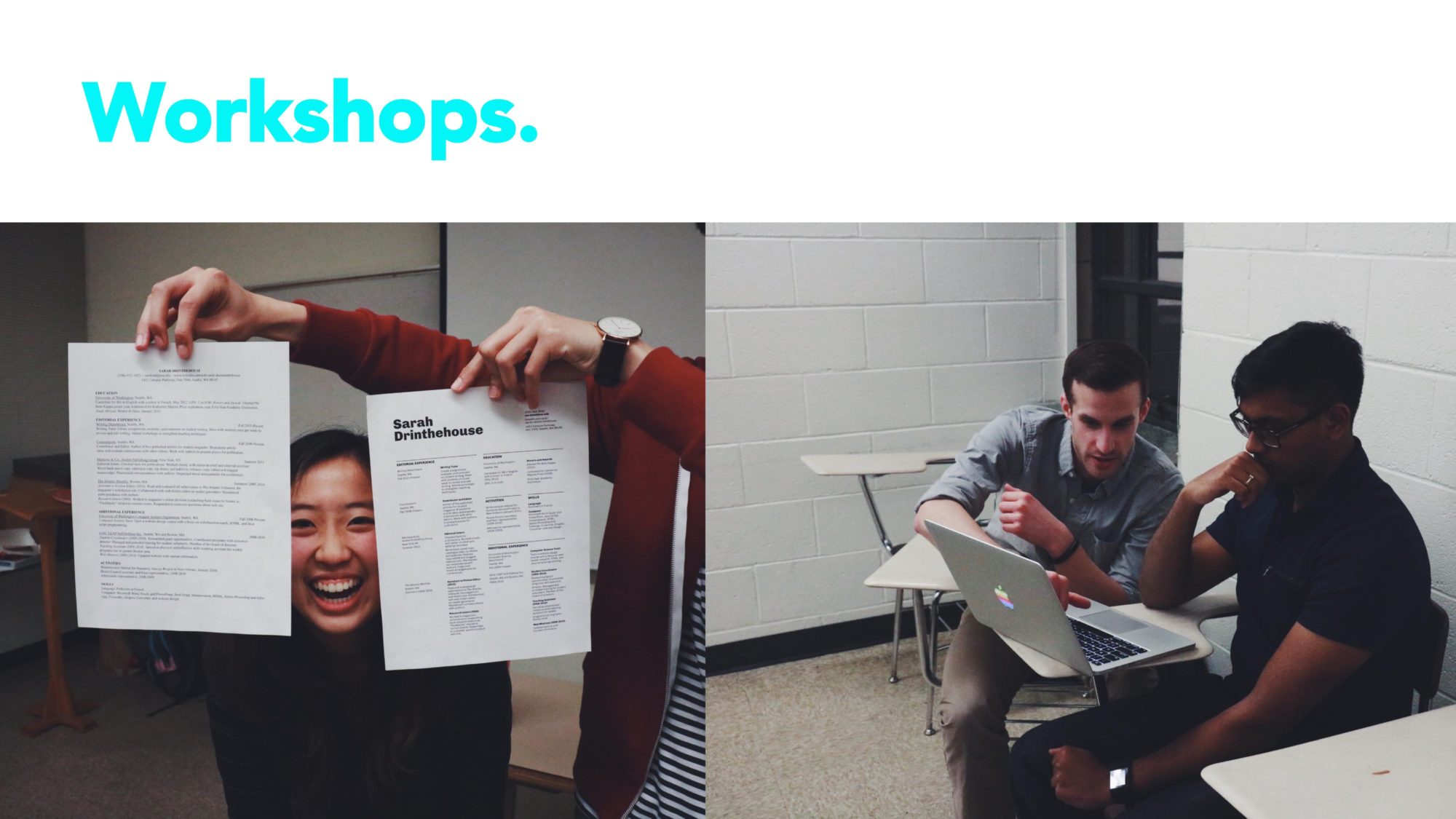 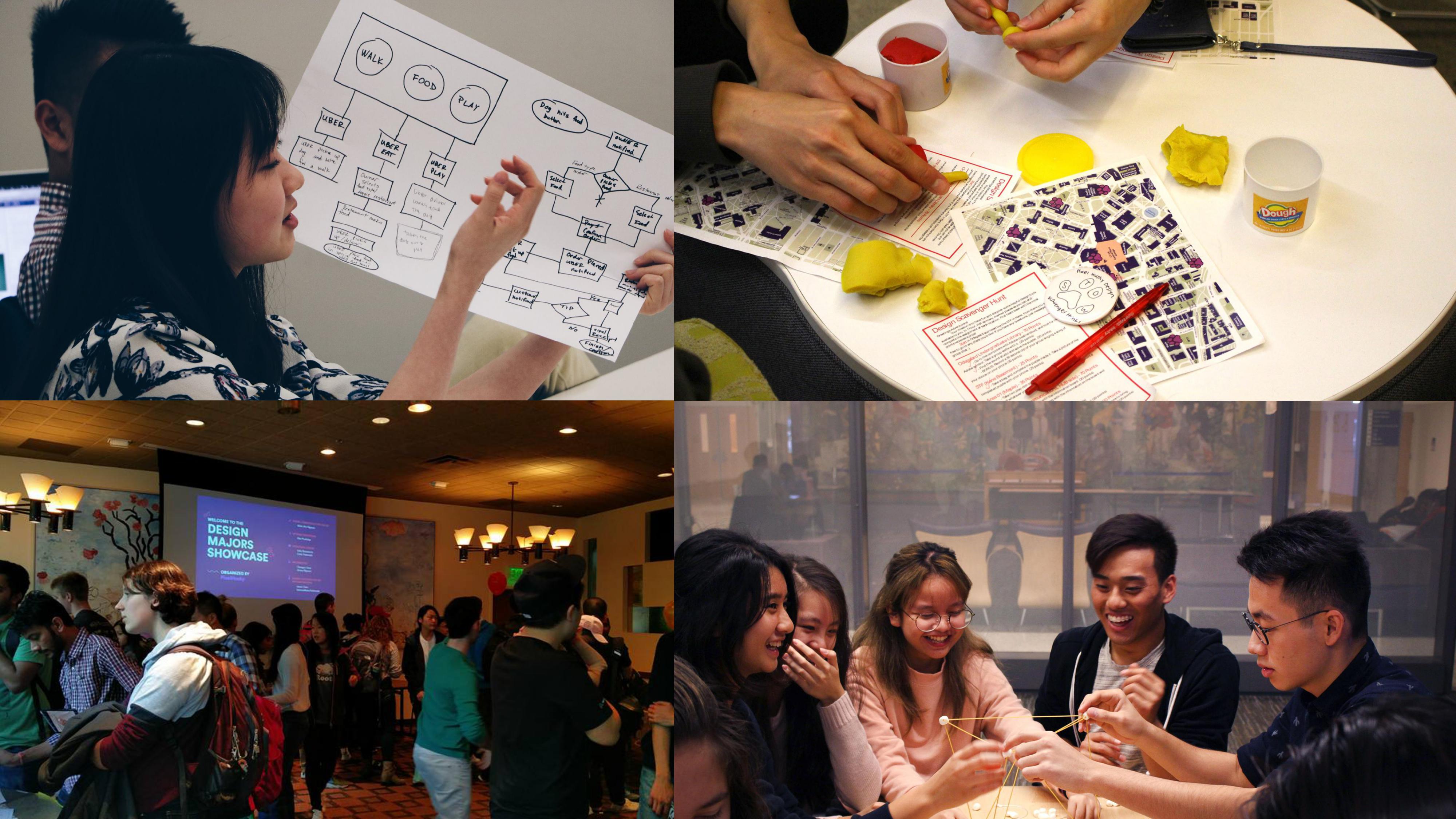 We realized even though we had a diverse group of members, there were still problems existing that did not get solved by our current way of running the club.

Even though we used different events to attract different audiences, our 3 groups of audiences were still separated instead of immersing with one another.

Even though we brought in speakers from the industry, the contact with the real world design was still superficial and minimal.

There were plenty of hackathons and business competitions, but there was no large-scale event that celebrated the power of design.

A 7-week-long event that is different from everything that is out there: The Pixel Project. Students would form their own teams to work on company proposed projects or their own with constructive feedback from industry mentors. 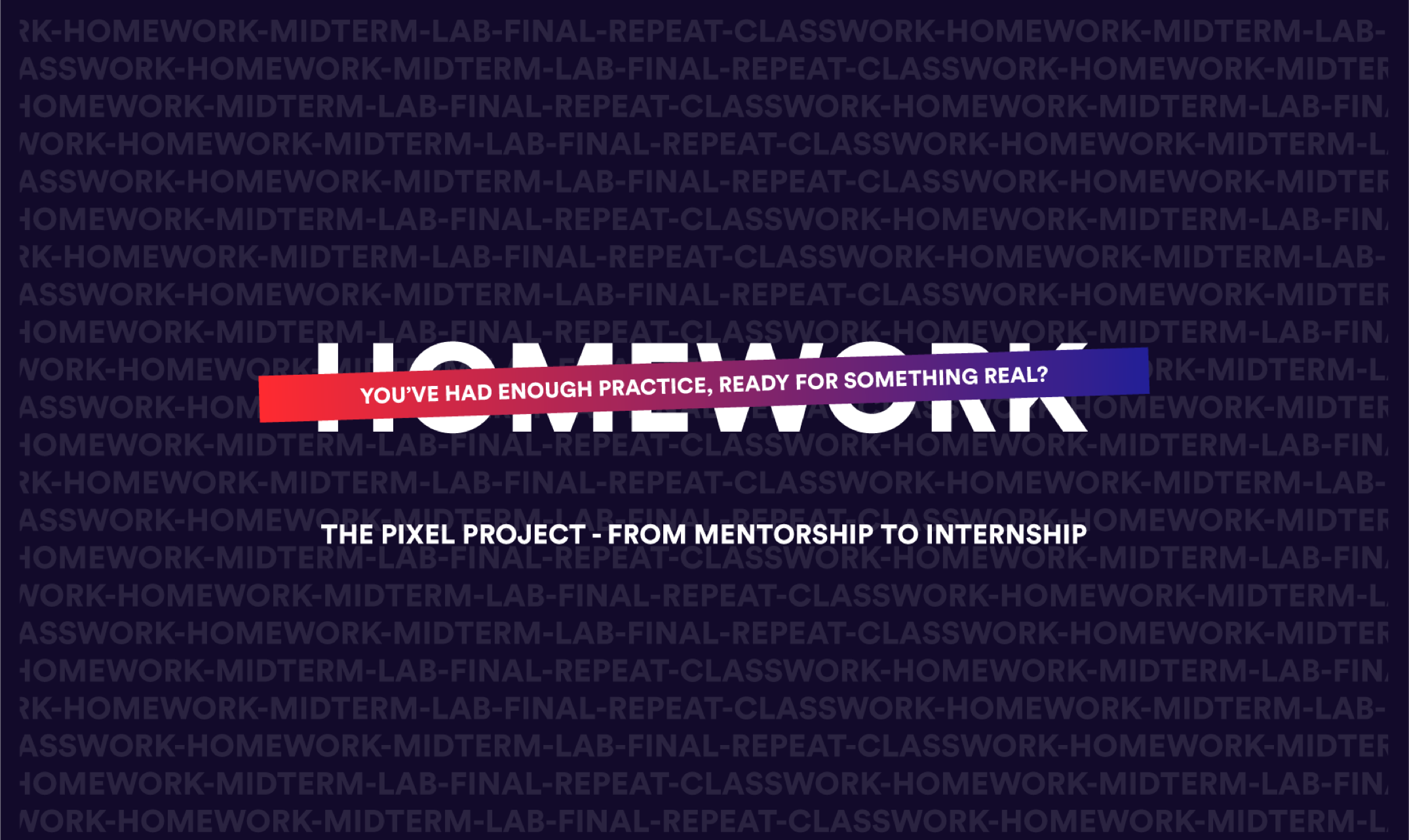 It was our first time running such a large scale event that is different from everything that is out there. Therefore, our work session one was unavoidably quite chaotic. We as a team wanted to improve the experience of work session two. I created two experience map for participants and mentors as a conversation starter at the feedback meeting. 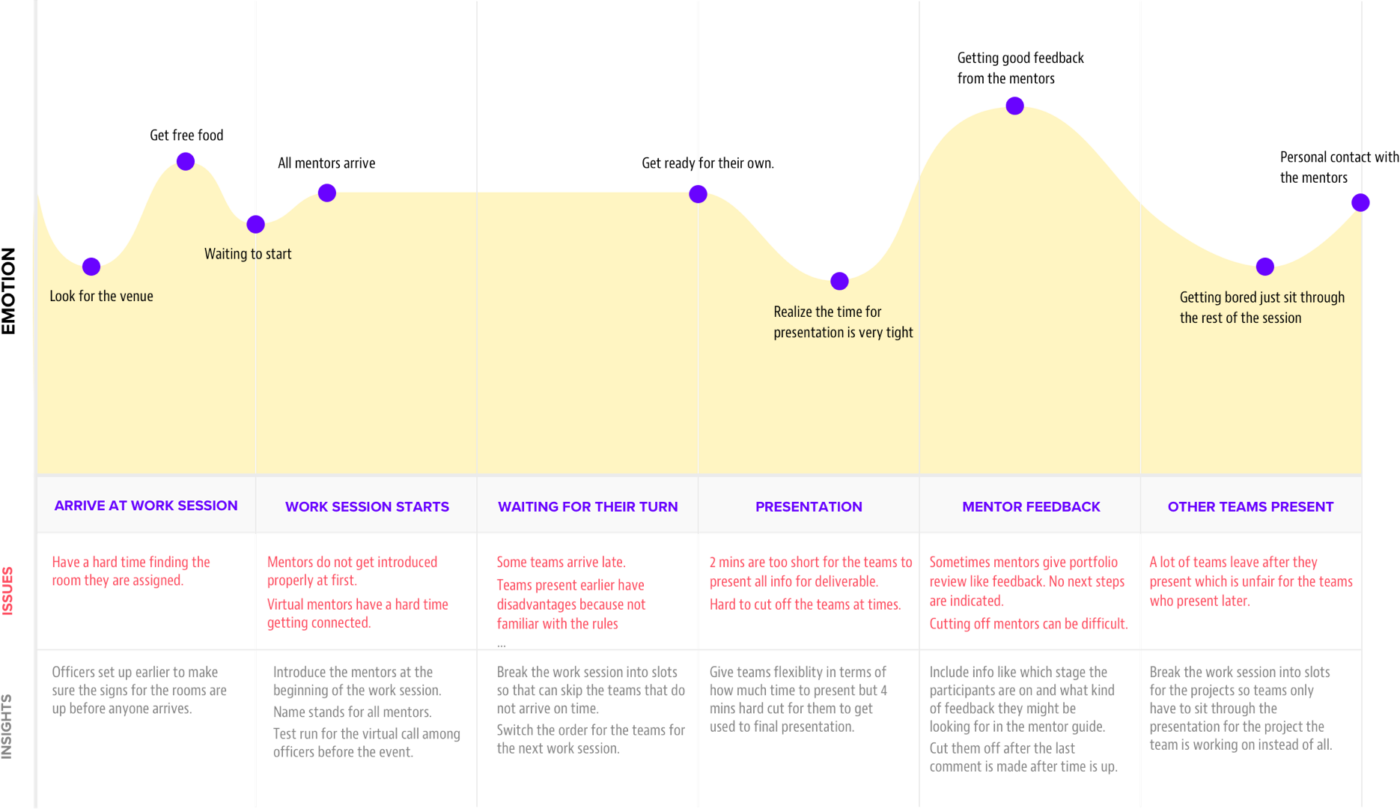 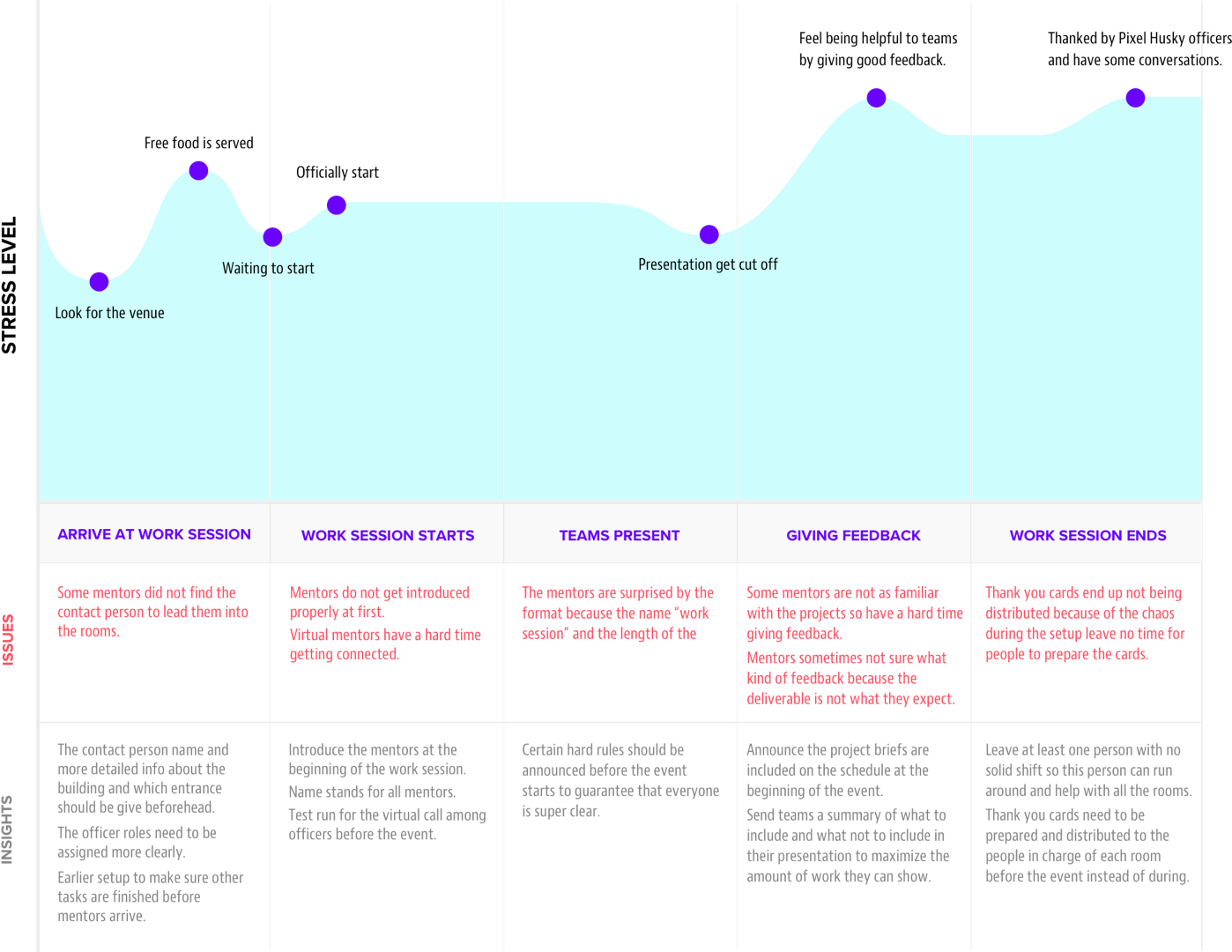 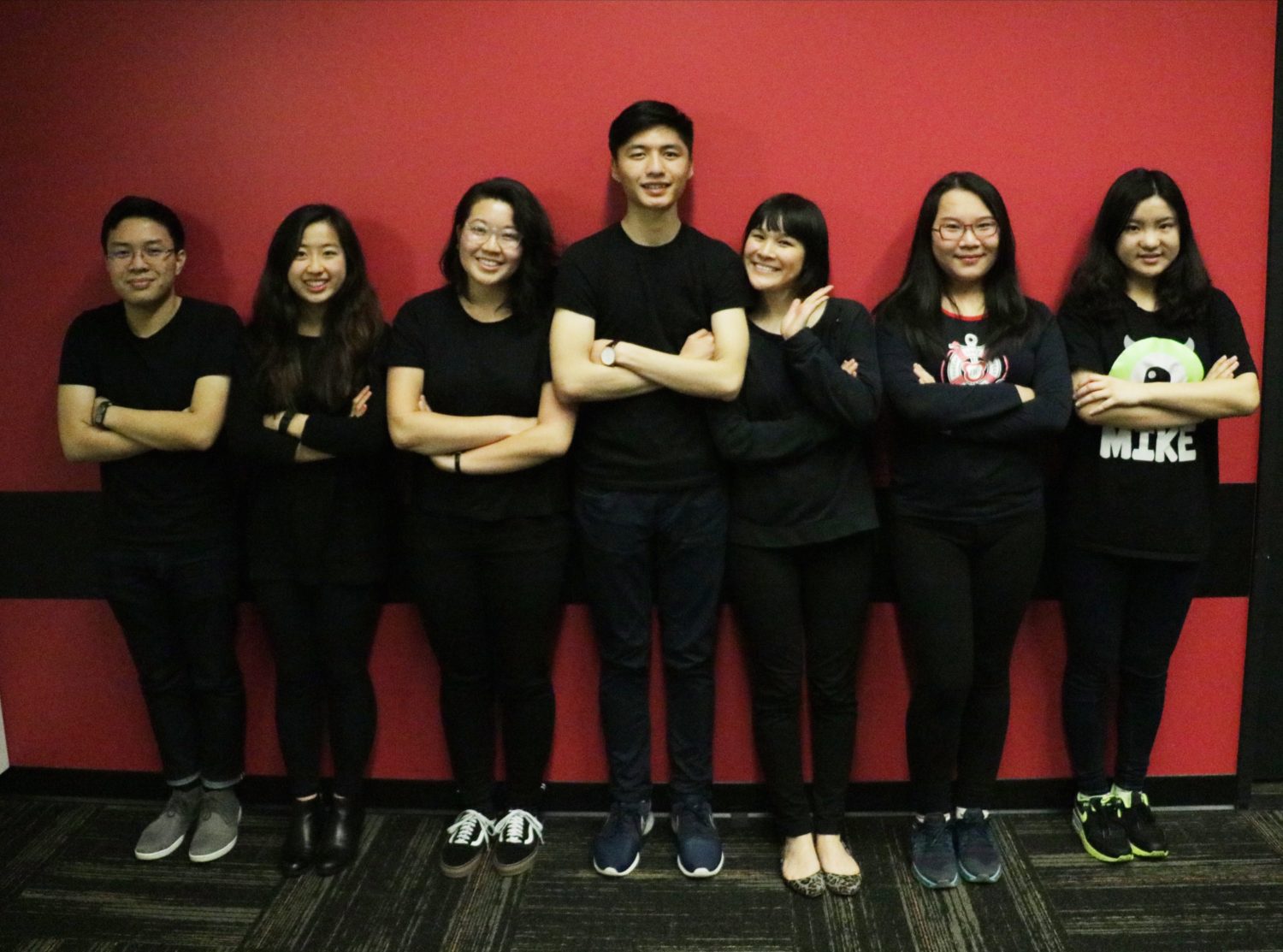 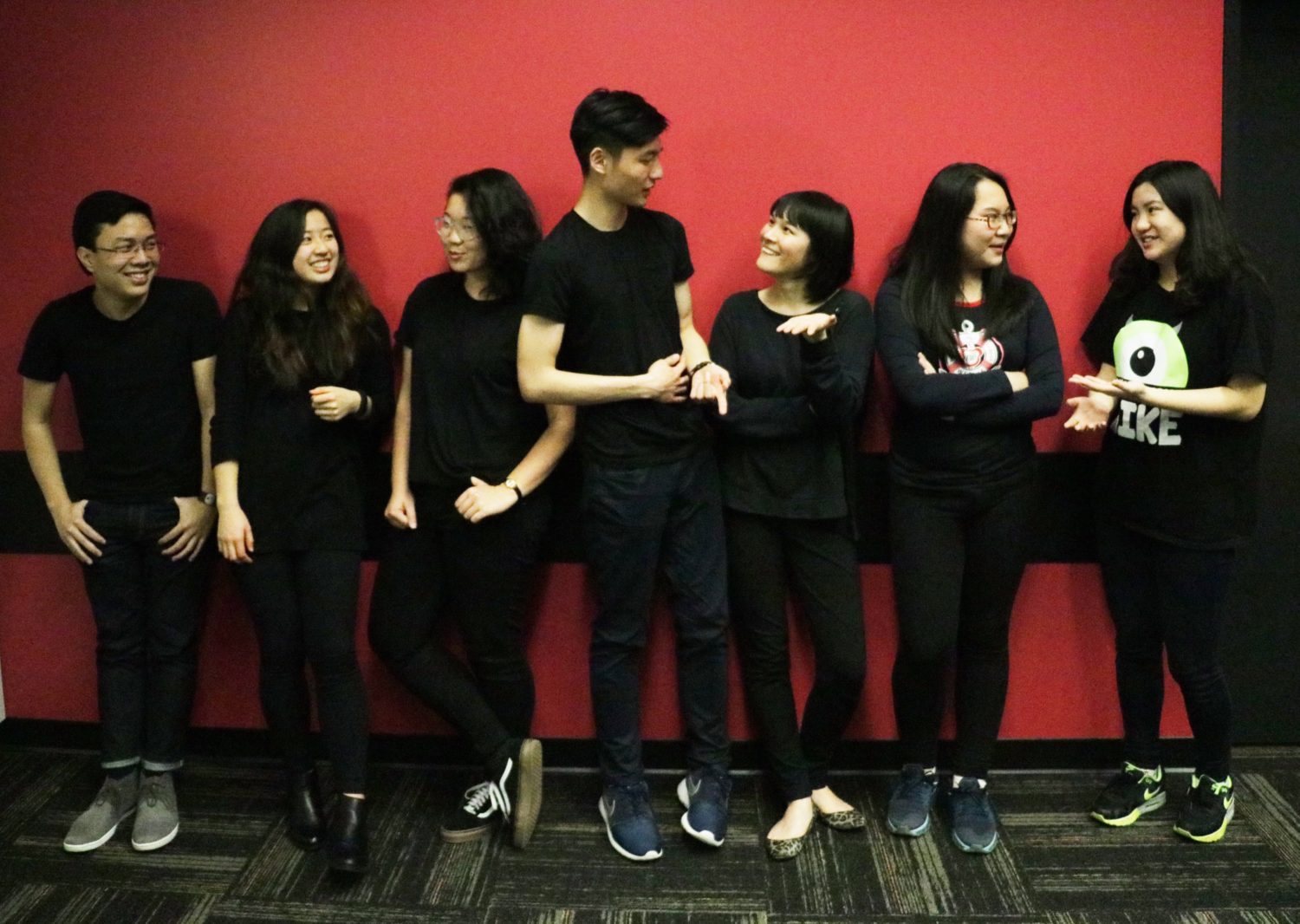