Joy has built a virtual home for weddings — a website and an app. It allows couples to manage all wedding planning details in one place. 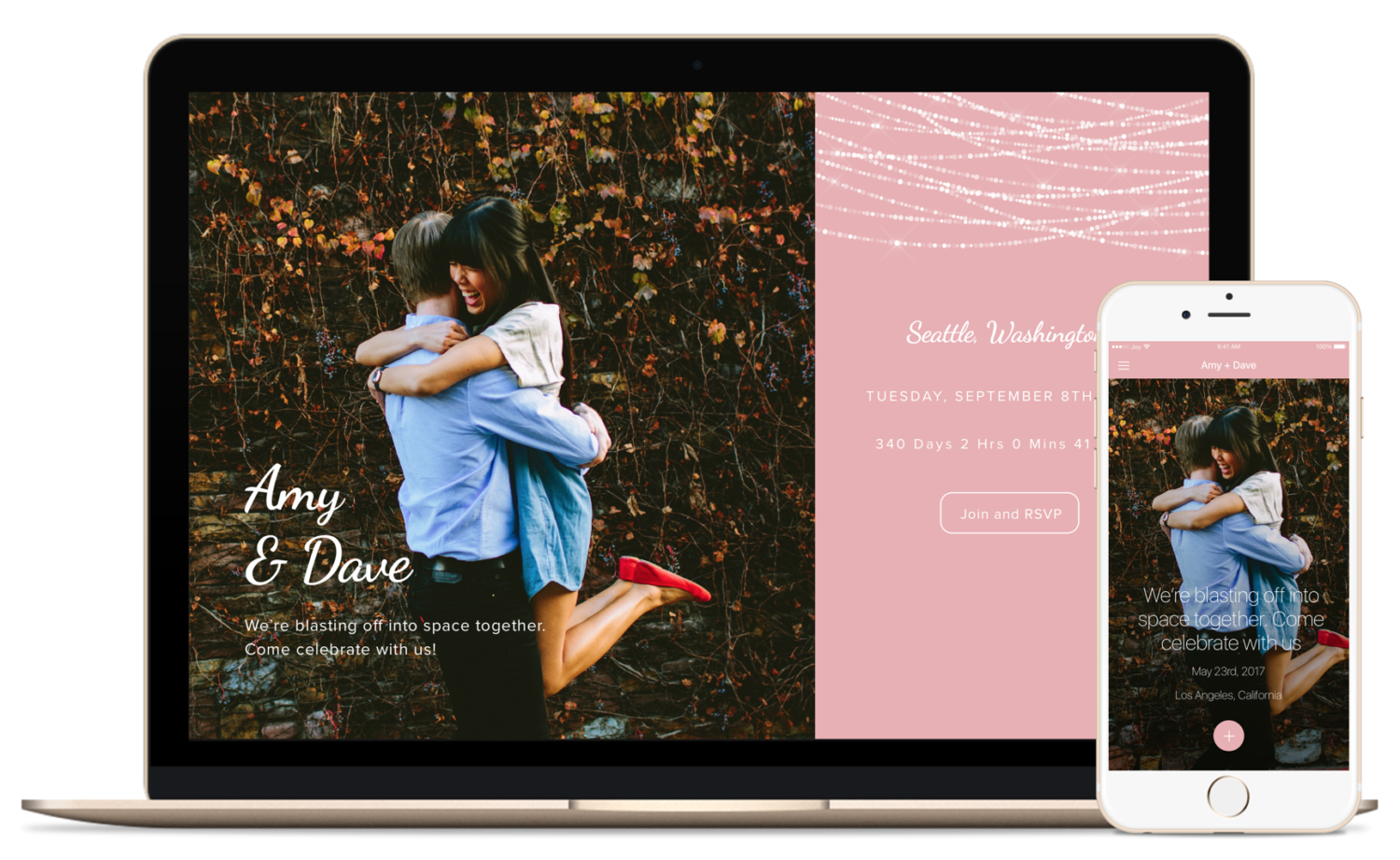 What is admin guest management?

This project involves the design of an entire module of the admin panel. It is an attempt to build the best guest management system in the entire wedding industry. 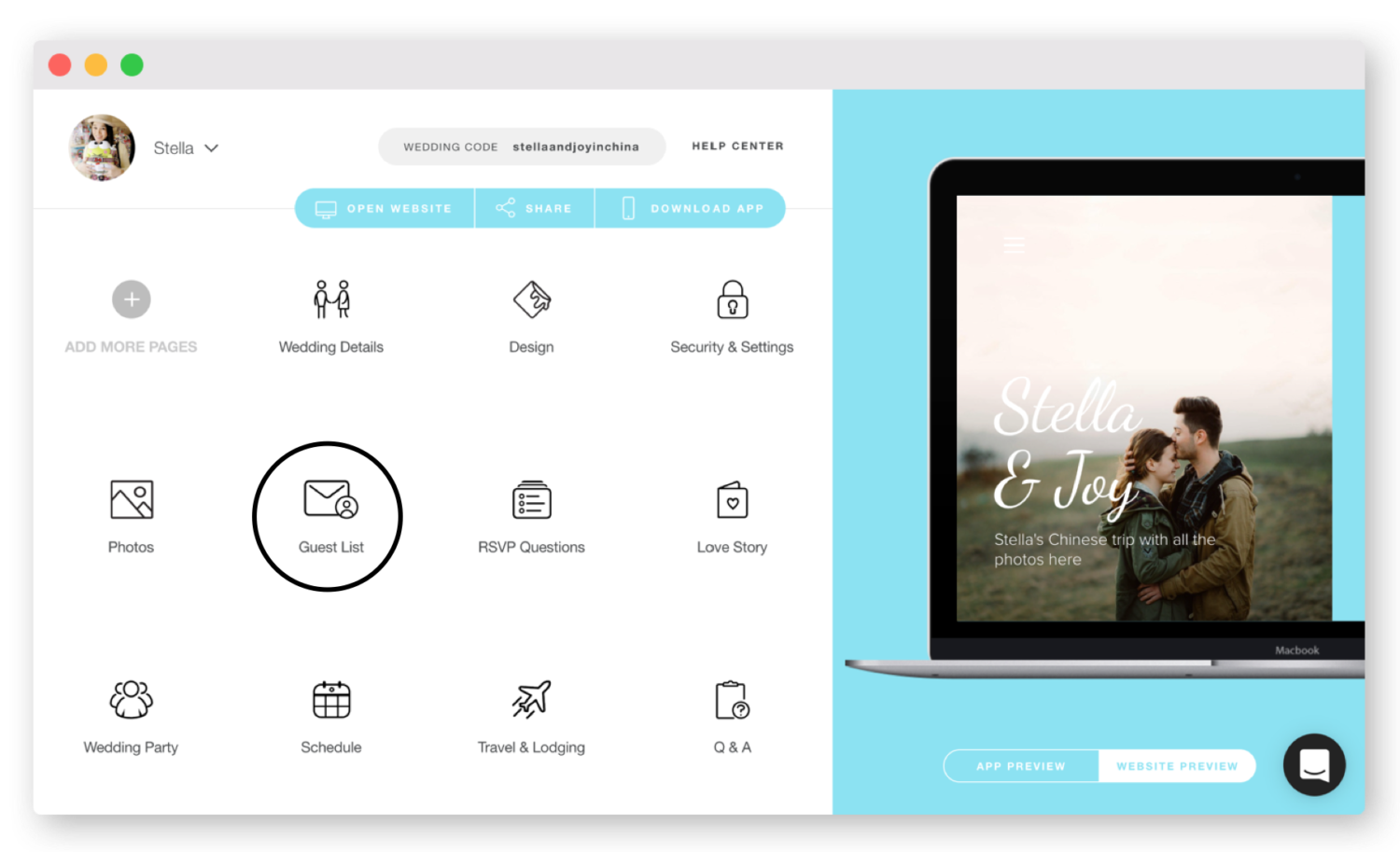 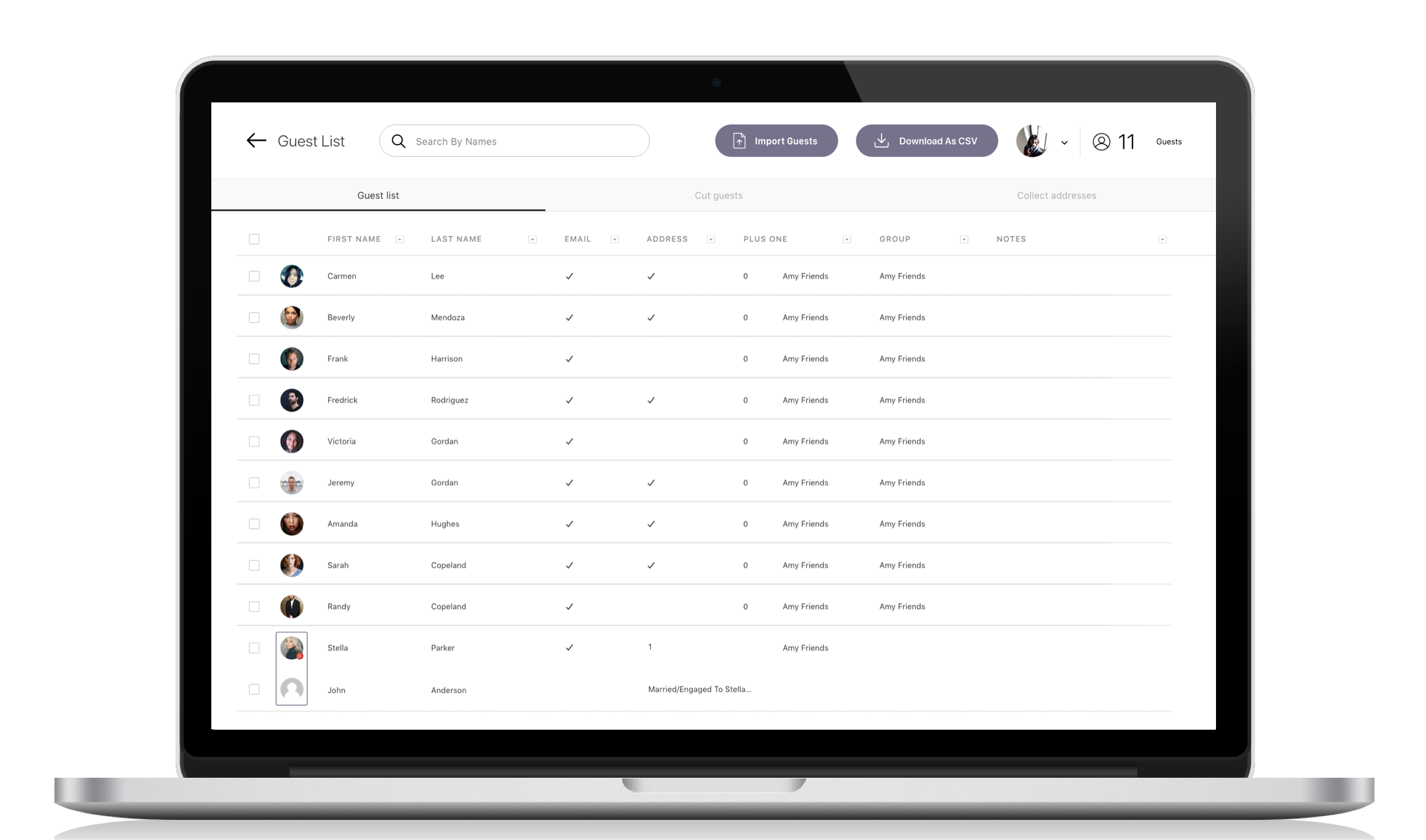 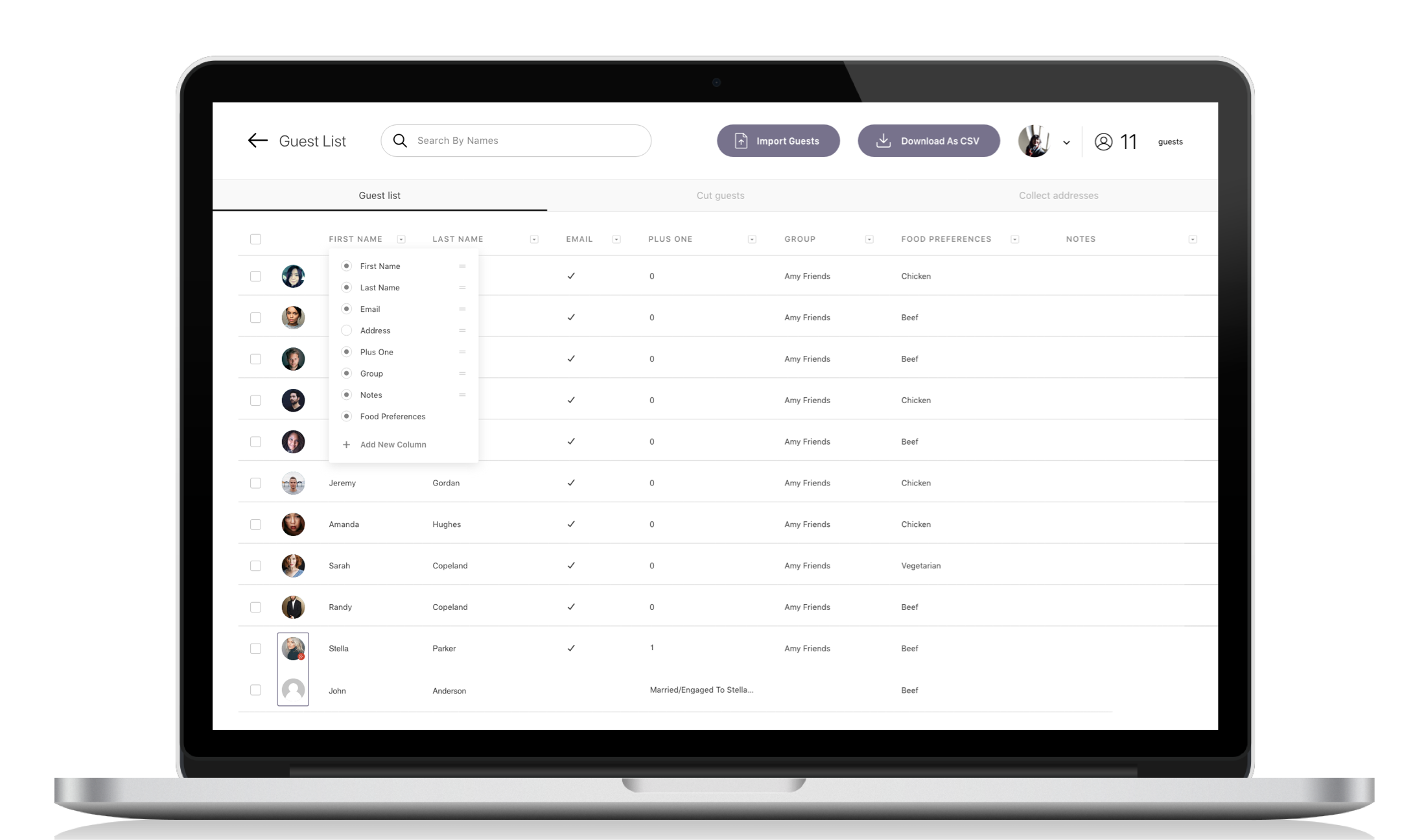 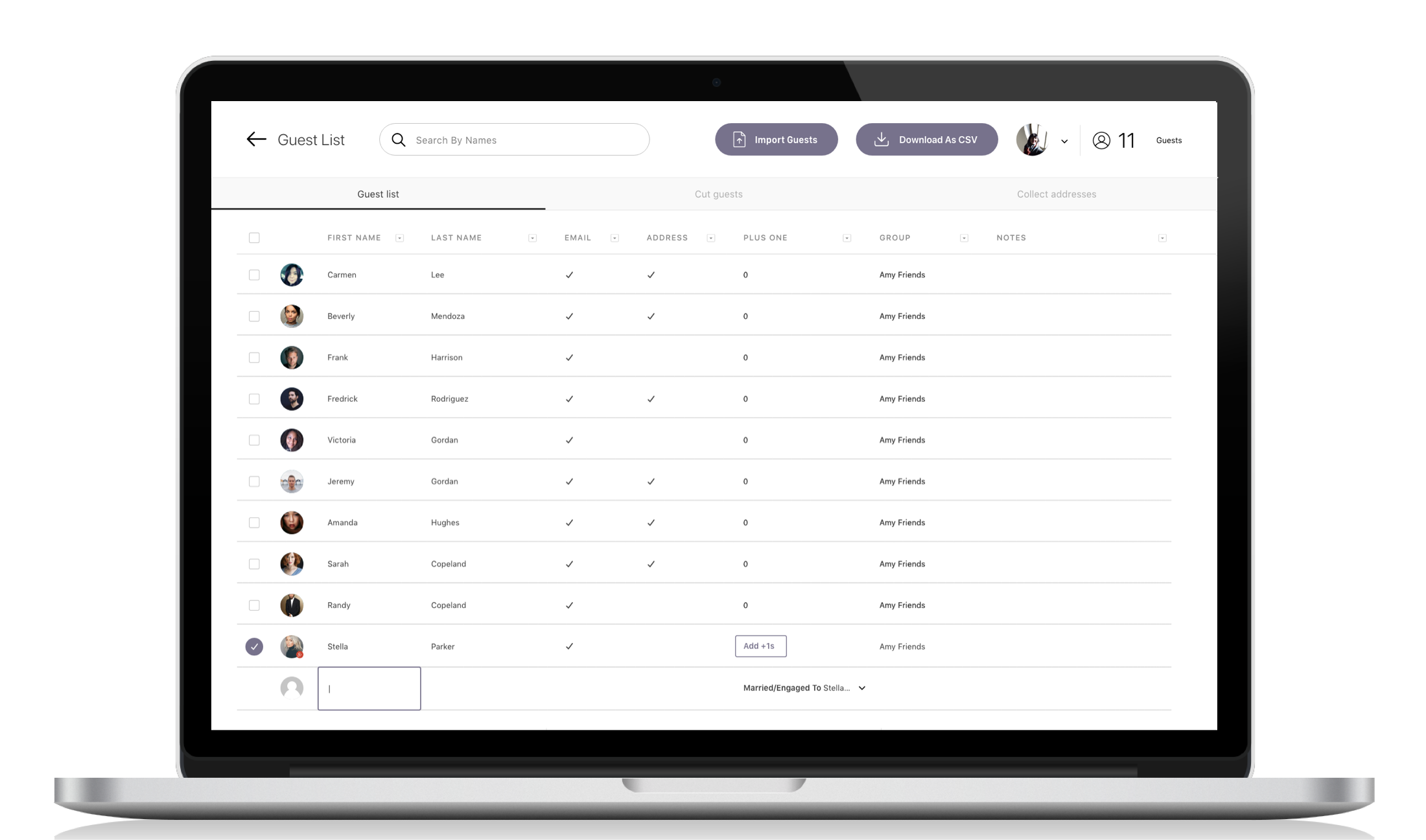 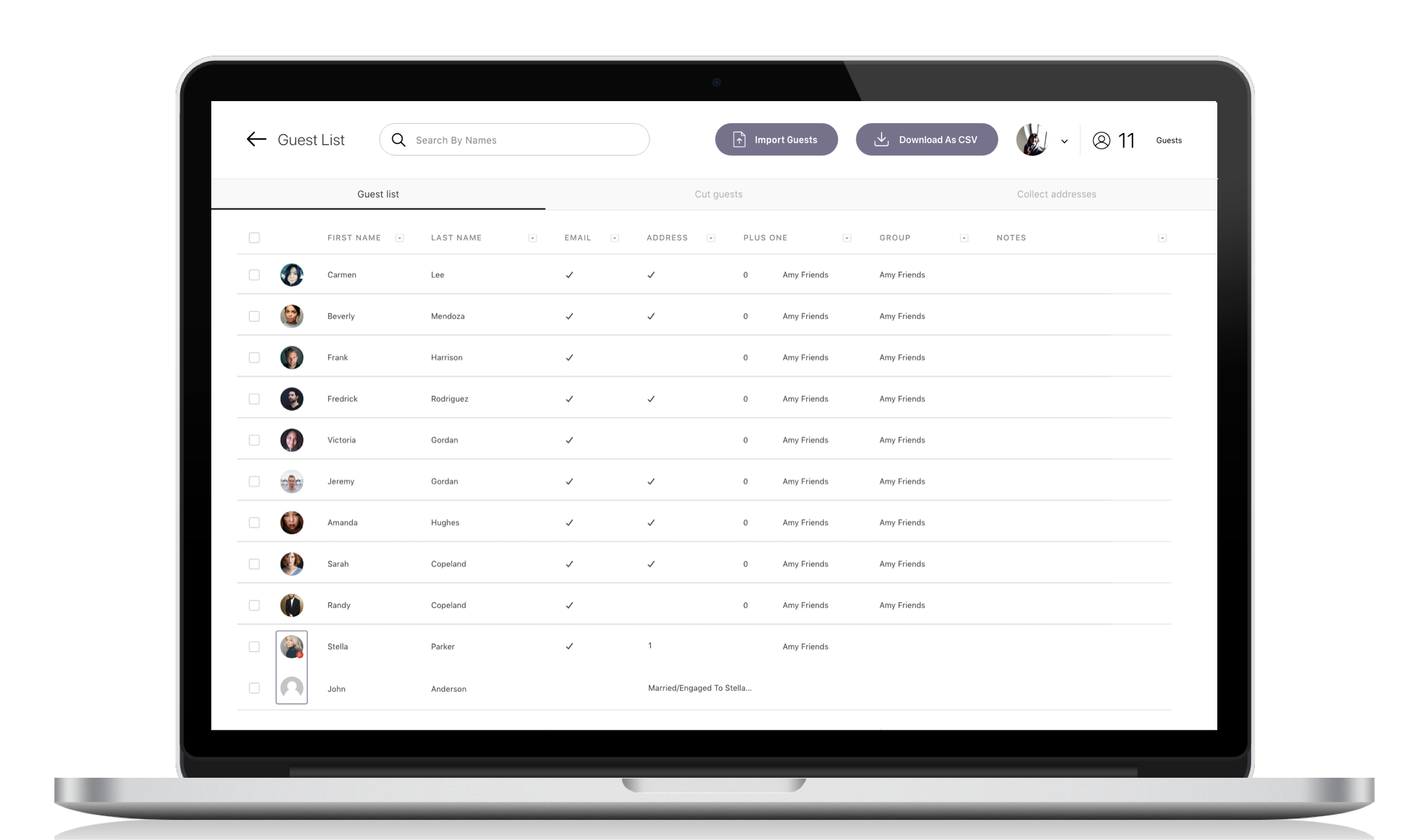 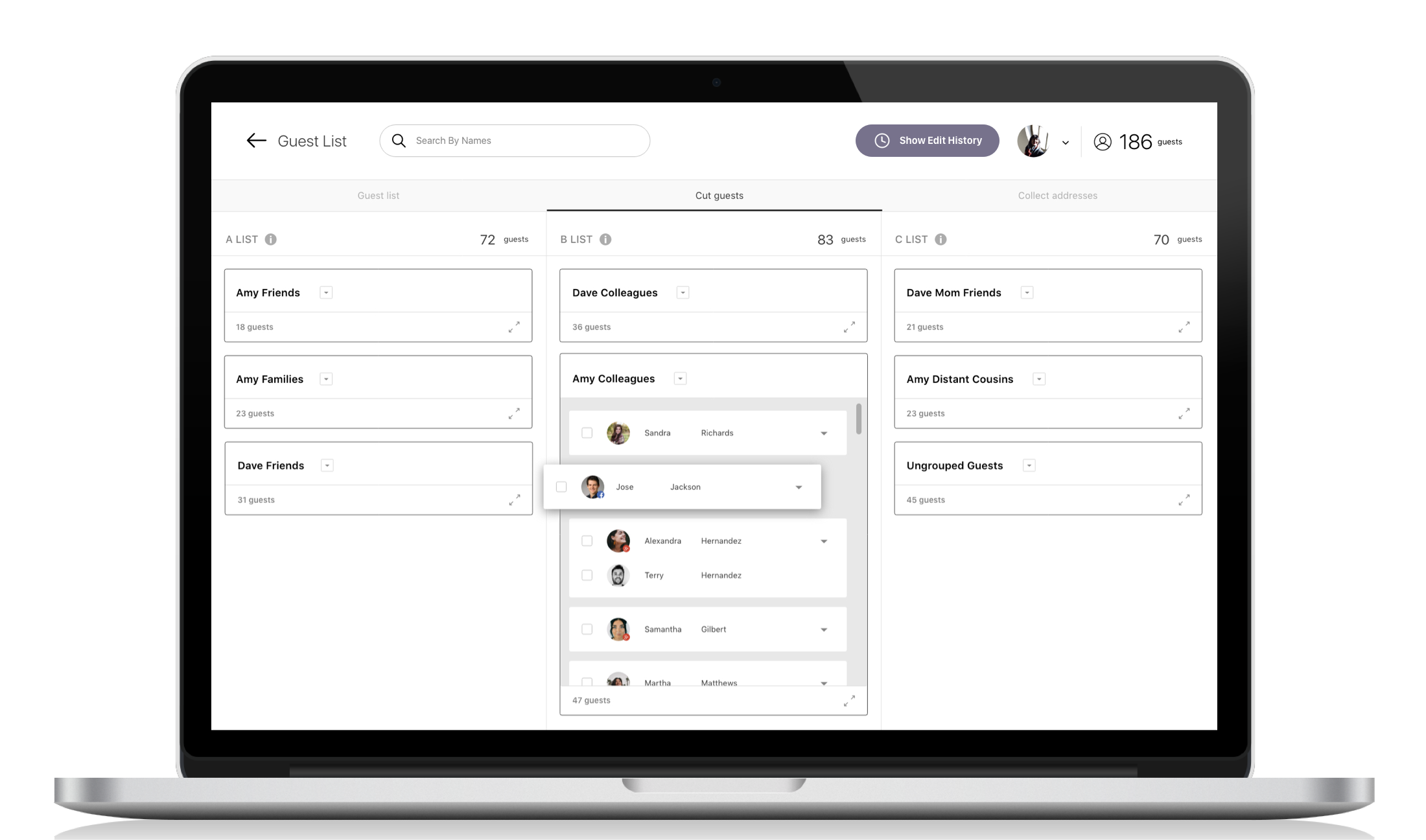 The original problem I was asked to solve is to design a guest list manager that was better than paper and Excel which were what our couples used to complete the task at the time.

Research processes are always different for different project. But for this project, I did a lot more primary research with the brides to put myself into shoes. I tried to understand what wedding planning looks like, how guest list fits in the wedding planning process etc.

From analyzing the data gathered from research, I defined the original ask into three main problems I would be solving with my design. Centering around these problems, I created a feature list with existing features (gray) given by the company and also new features generated by me (black). 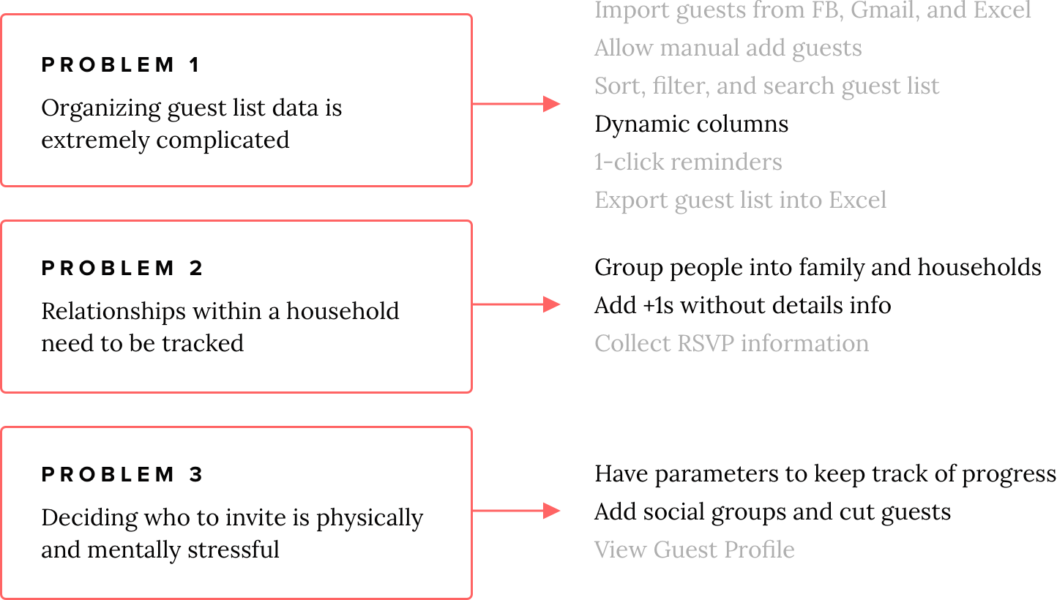 I realized that one of the biggest challenge with this design is that it is hard to design a shell that can contain all the features in one place.

Therefore, I listed all the features on the left side of the whiteboard and sketched for each feature on the right side. This way, I broke the big complicated problems into smaller pieces.

Then I stitched all the designs for all features back together to get the first shell. However, our first attempt of the shell lost the simplicity and magic we wanted to achieve. 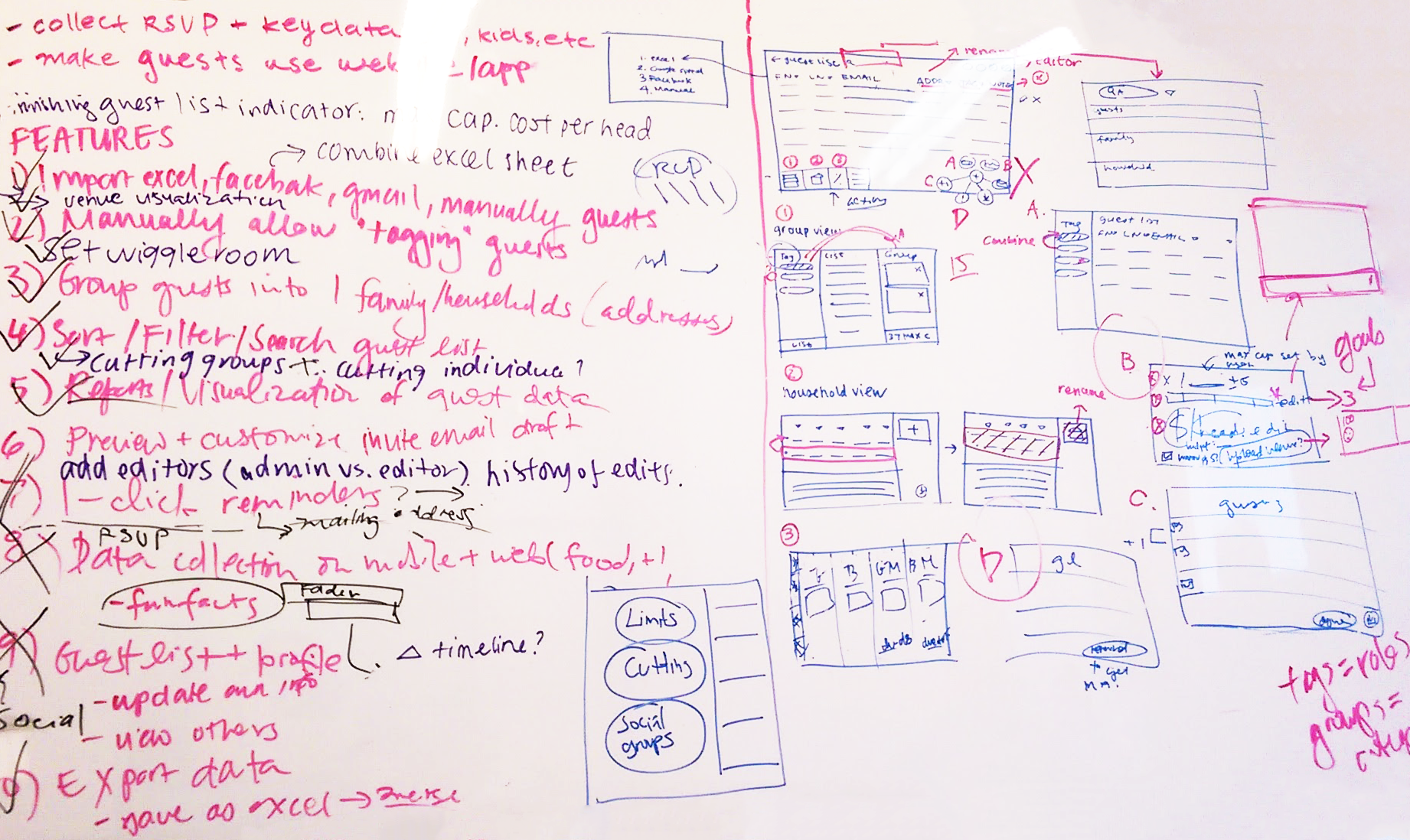 To bring back the simplicity and magic, I decided to go with a step-to-step approach with the guest list design. Got a “yes” for the interaction model, I went on the wireframe stage to explore how this design will look like in the digital world. 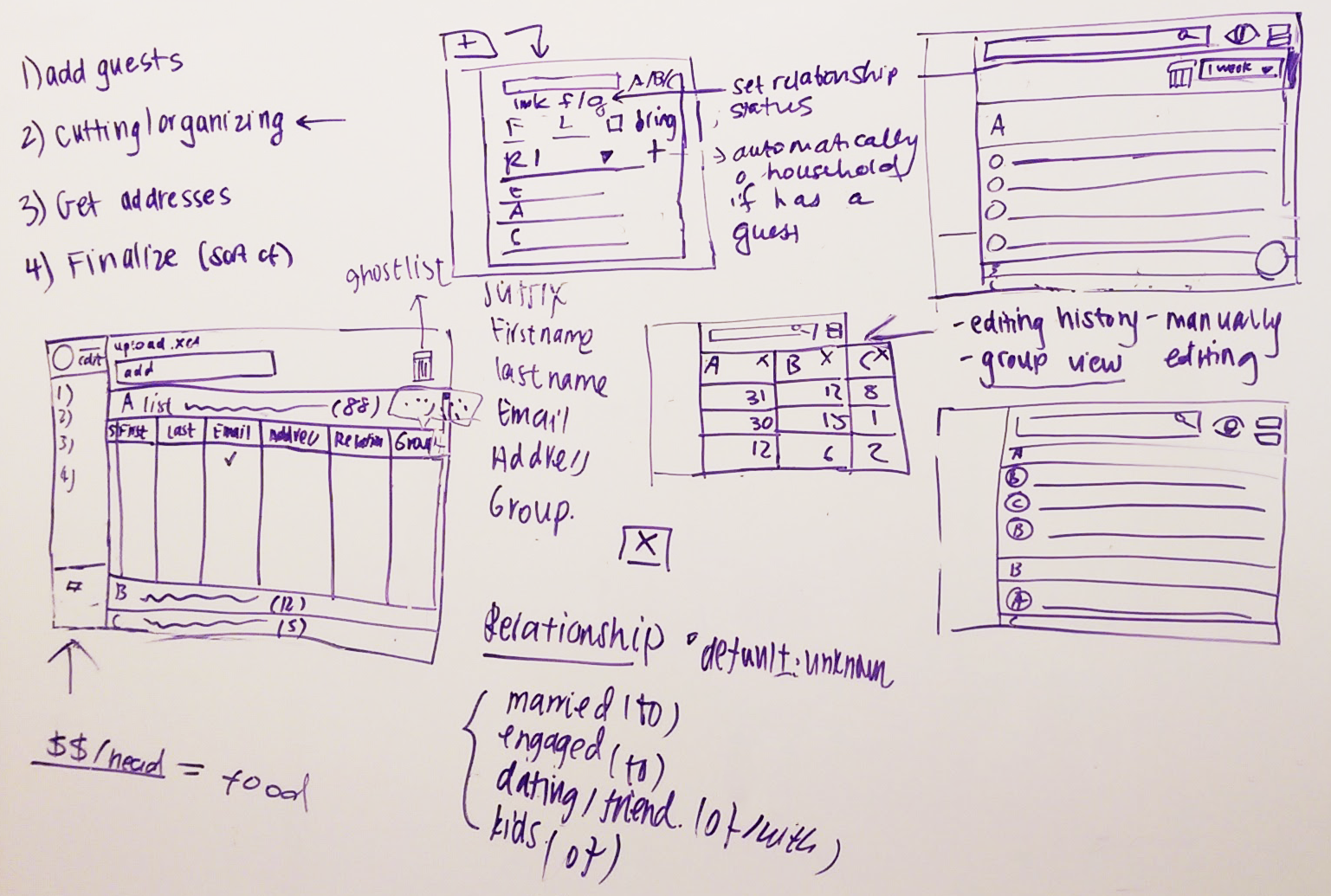 WIREFRAME 1: THE TOO “BULKY” SHELL

After bringing the design from sketch to wireframe, I realized the design looked too bulky with the steps taking a lot of unnecessary space. It led me to think about whether building a guest list was actually a linear activity. 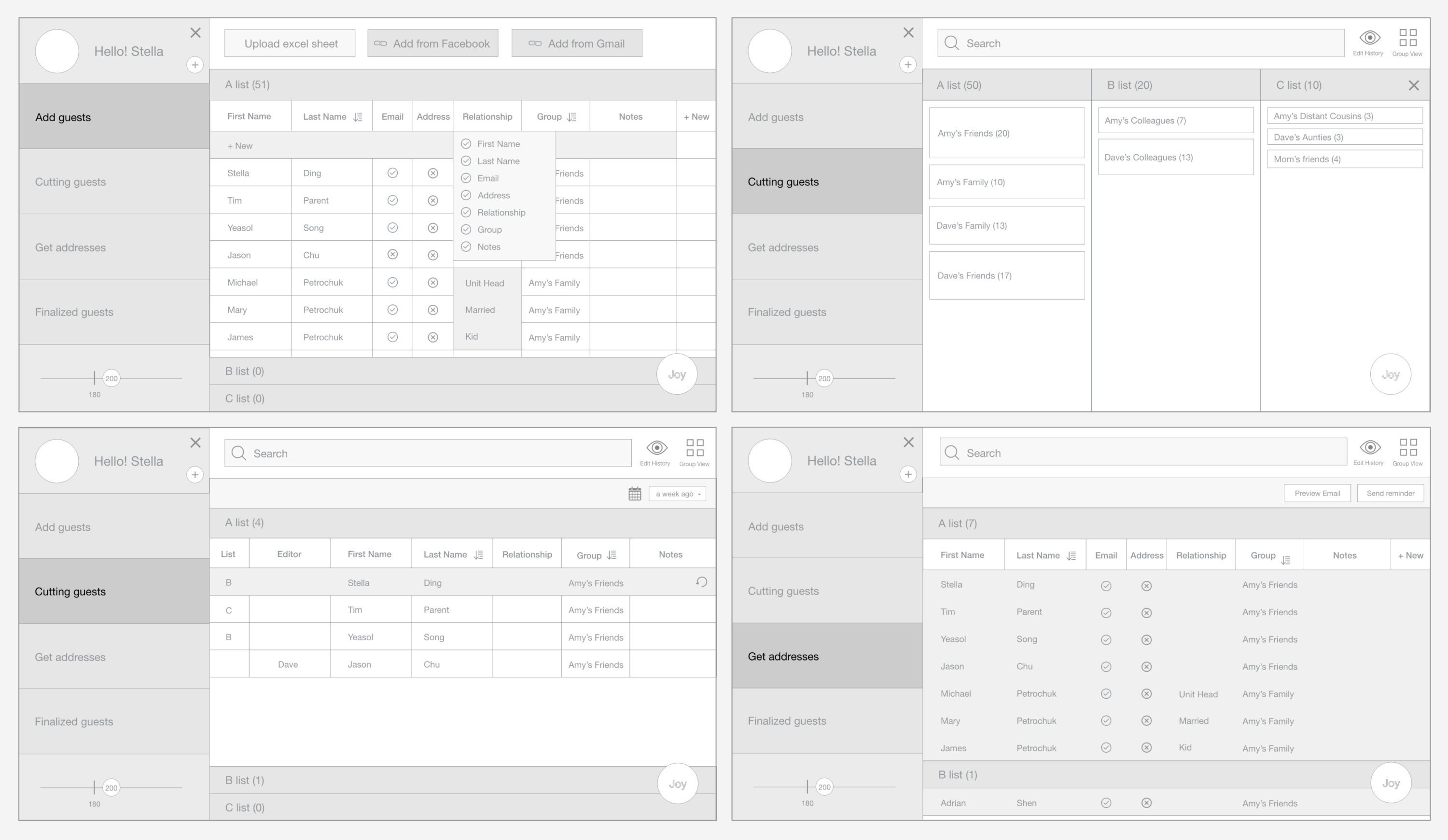 Instead of having steps, I decided to have 3 tabs which let users switch between different modes. I also made all the buttons on the top right which took a lot less space and looked less overwhelming. 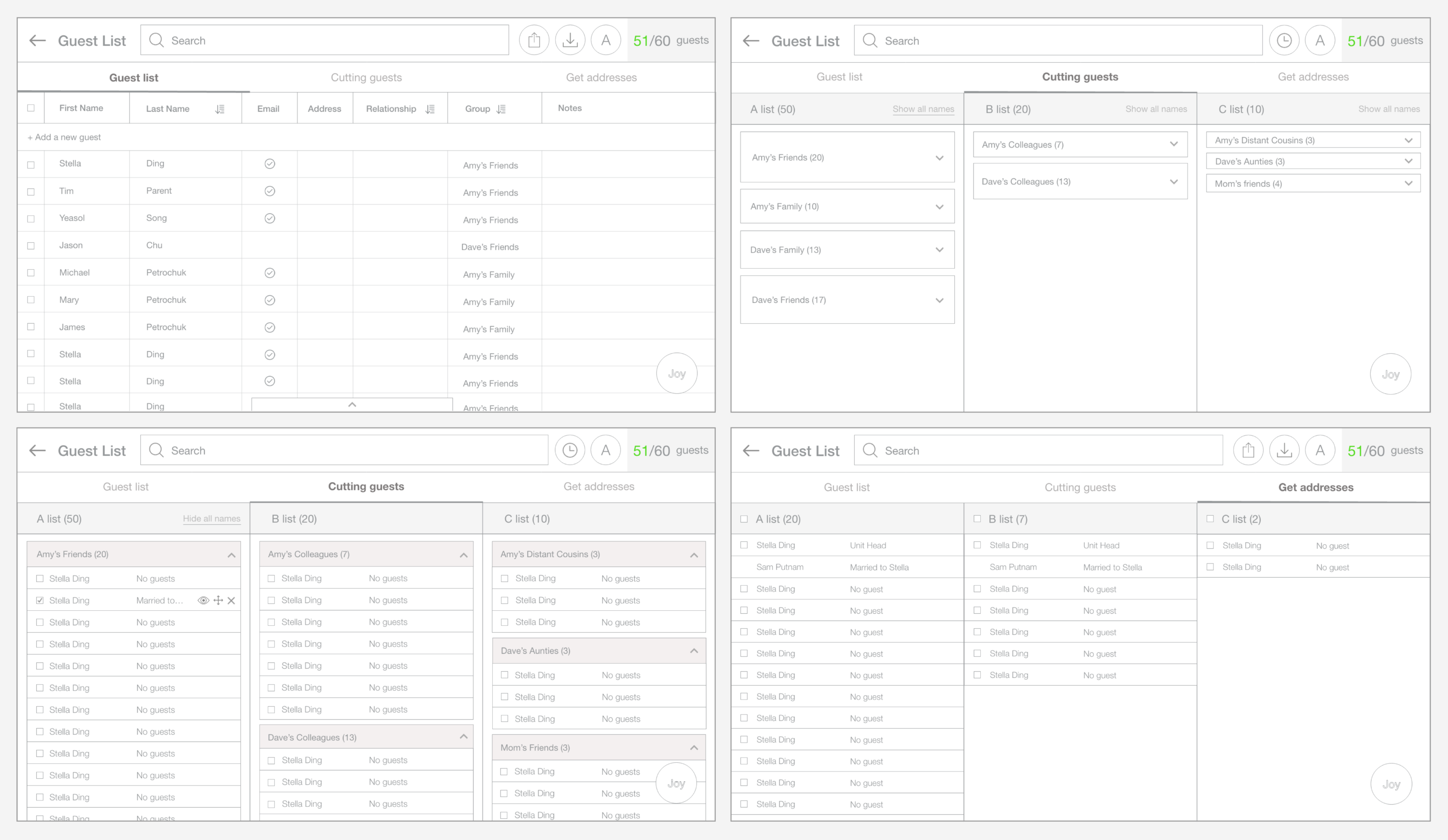 After getting the shell to a good place, I went into the higher fidelity to explore how the shell would look like visually. Here is one example of the high fidelity wireframe I did. 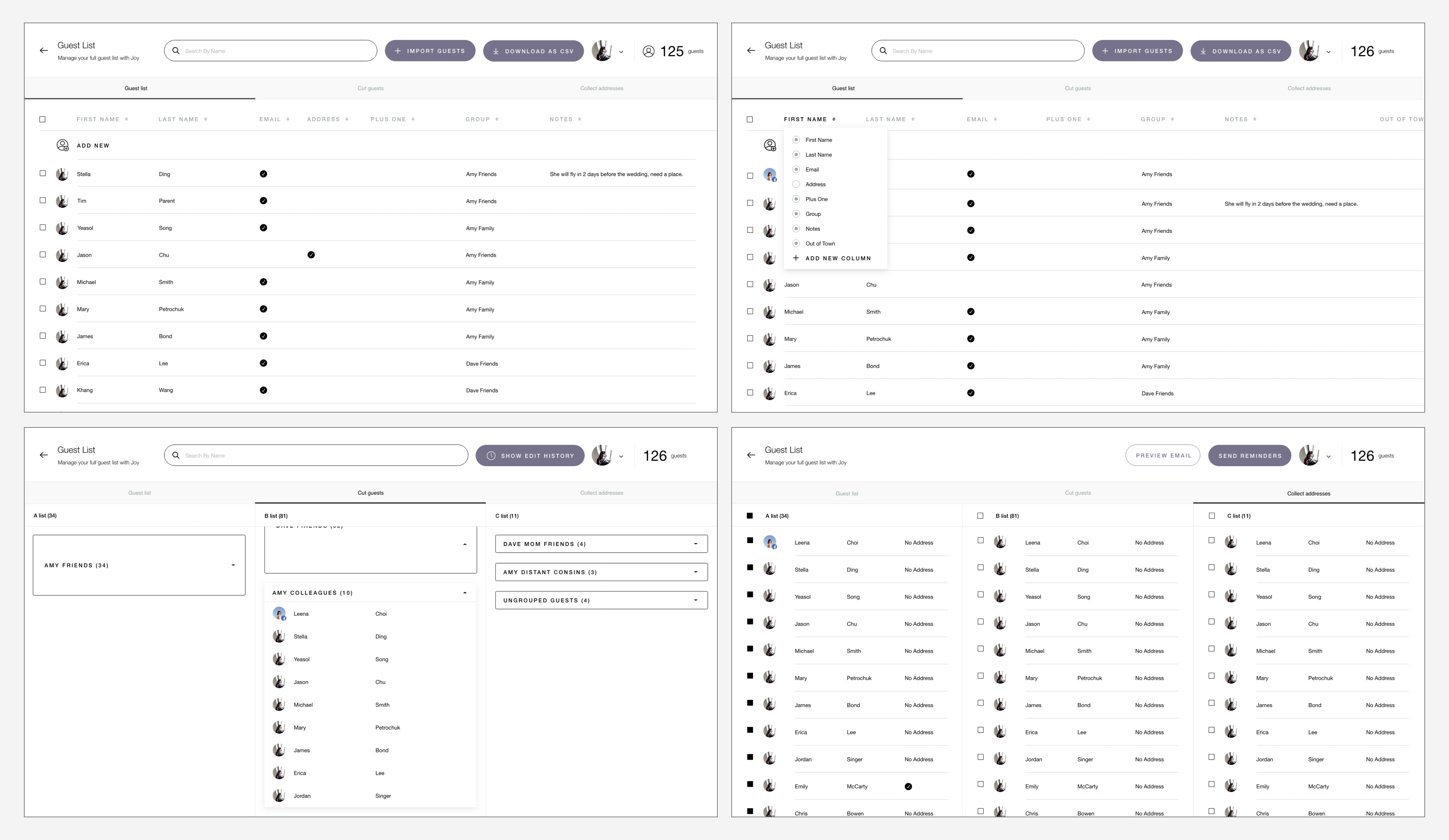 I also made sure to explore enough for specific features visually. For example, I iterated a whole bunch for how to visually show households. I decided that instead of showing the relationships by linking the checkboxes together, linking the profile images is a better way because it indicates that you can still take separate actions on each row despite the relationship. 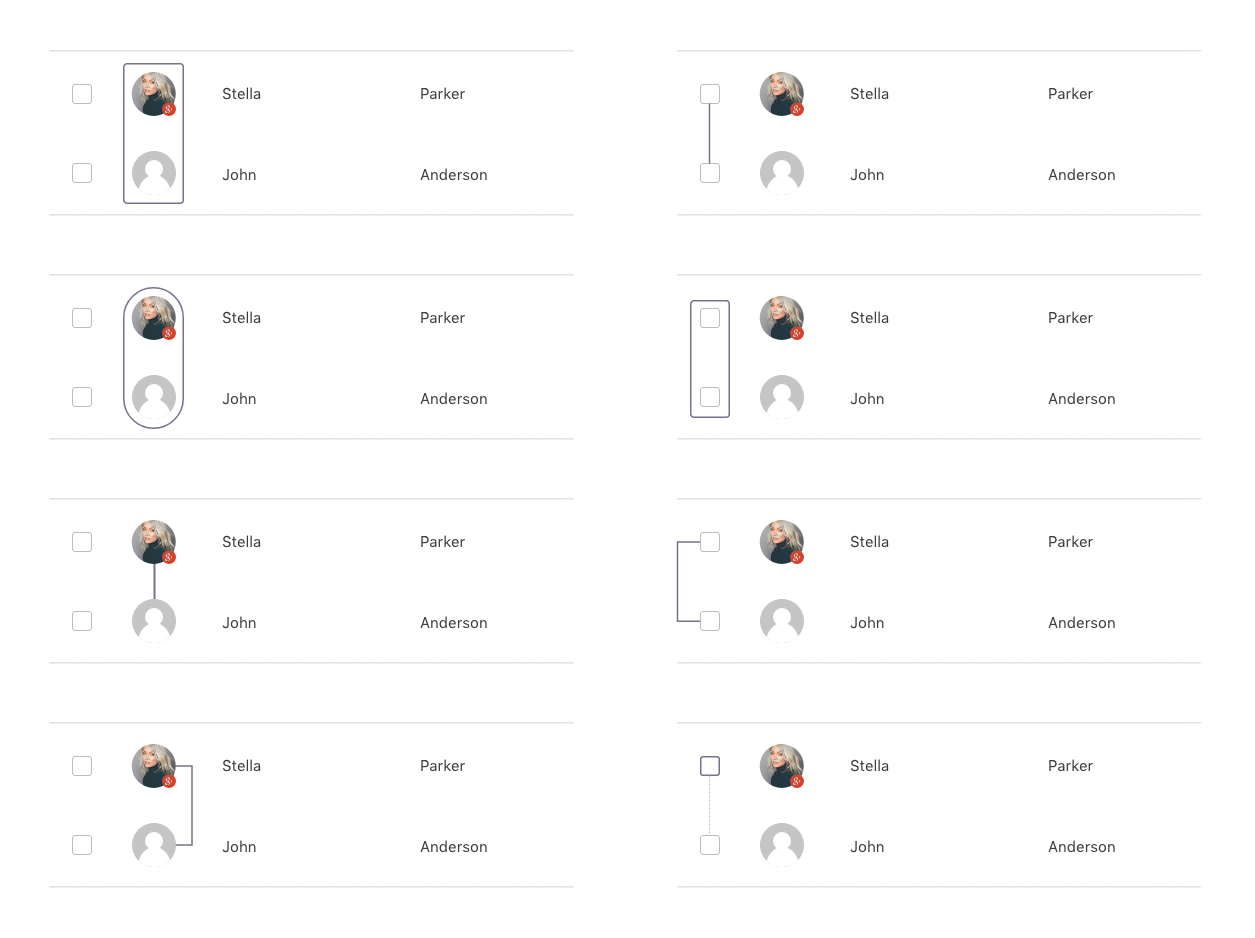 Another visual detail I explored a lot is how to show progress of the guest list. I decided to not ask the couple to enter a ballpark for the number of guests. Instead, I chose to simply display the number of rows to provide a sense of progress visually. 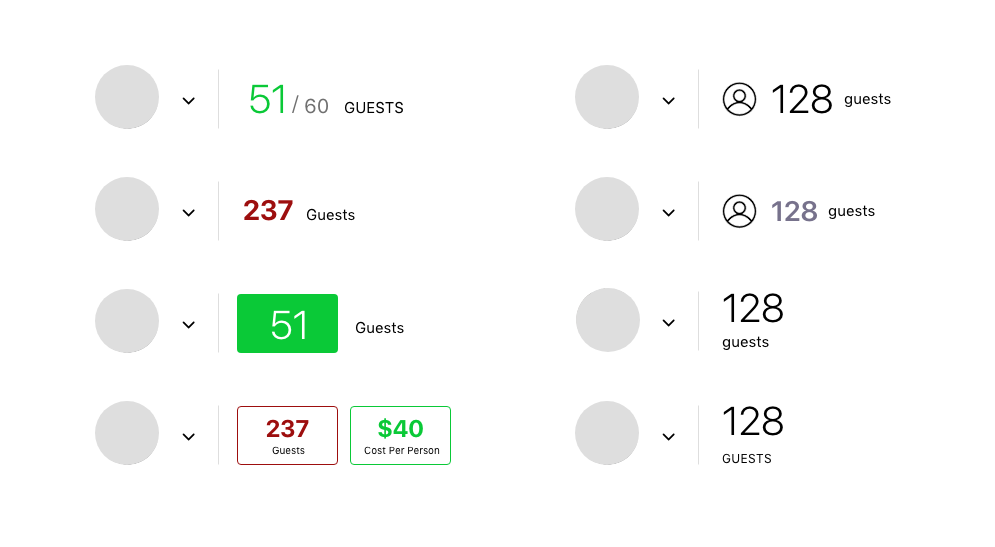 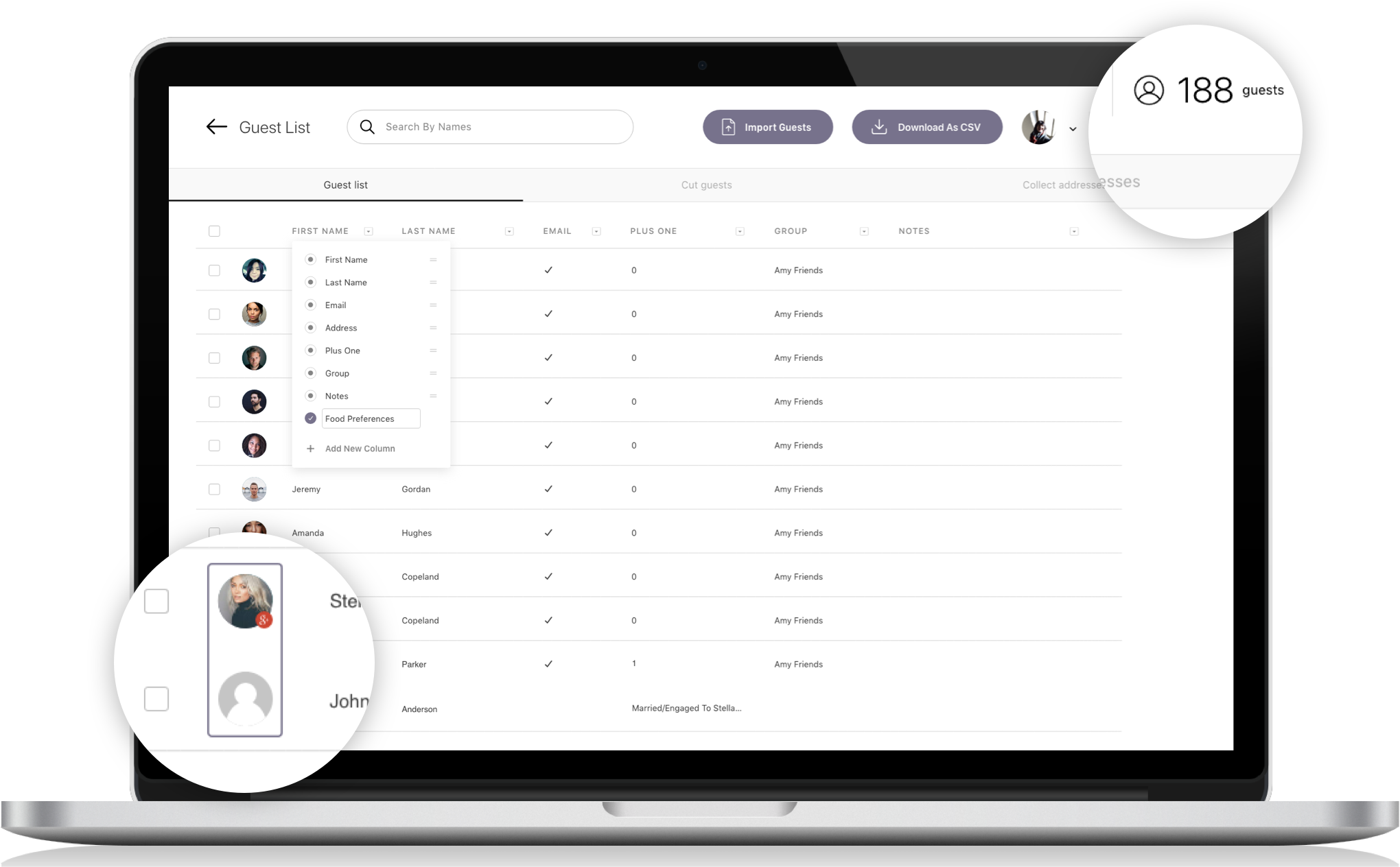 One important feature of the guest list is for couples to easily add, hide, and move columns to organize the list. The guest list is also linked to RSVPs so the couples can add a new column by entering a new question such as “what is your food preference?” in the RSVP. When the guests complete the RSVPs, the column will also be auto filled with the answers. 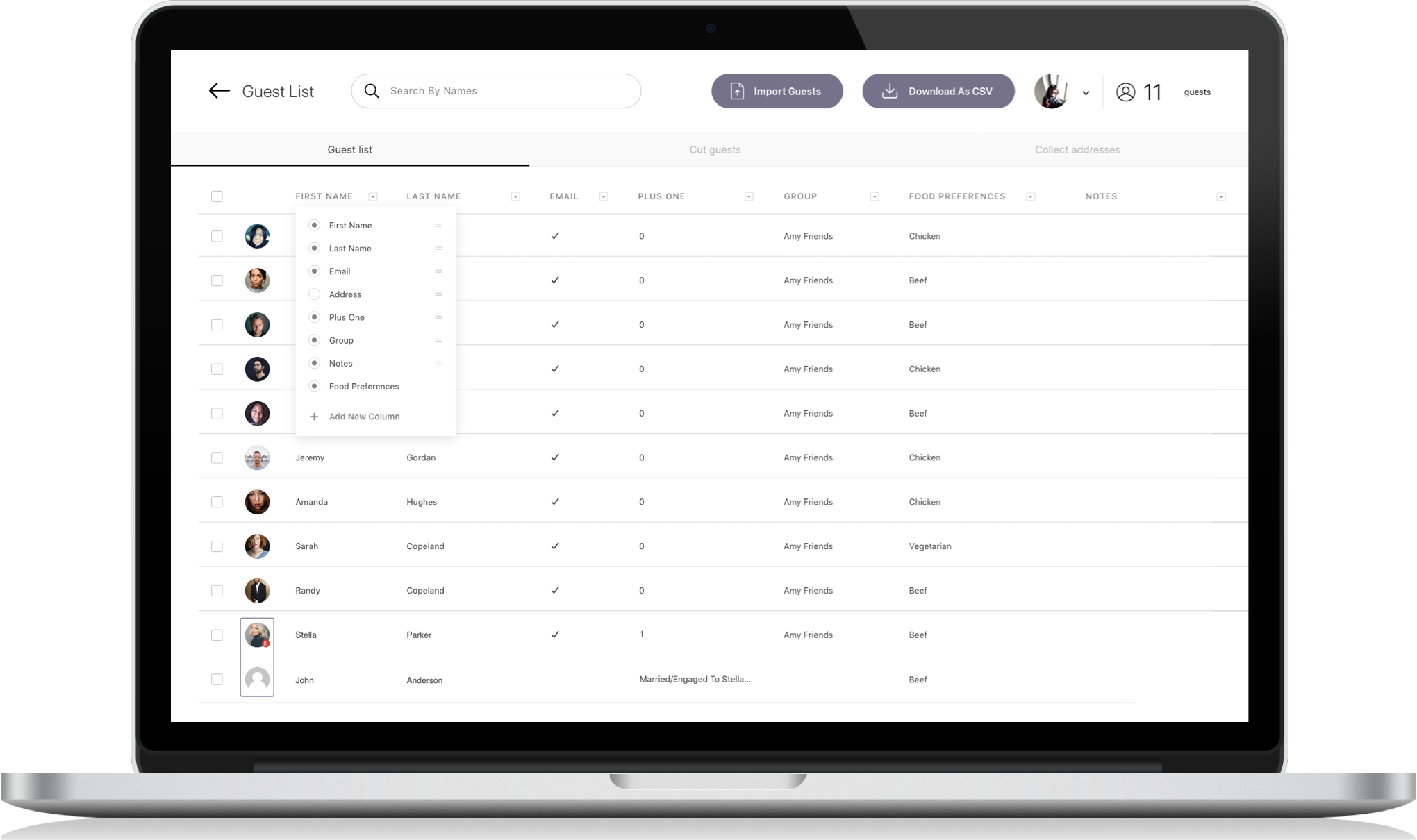 One feature that distinguishes the guest list from a regular Excel sheet is the fact that the list can indicate the relationships between the guests. The guest list enables the couple to easily both add +1s without having to fill out detailed information and add relationships among guests such as married. The related guests will be auto grouped with the head of the household and share the same contact method if needed. 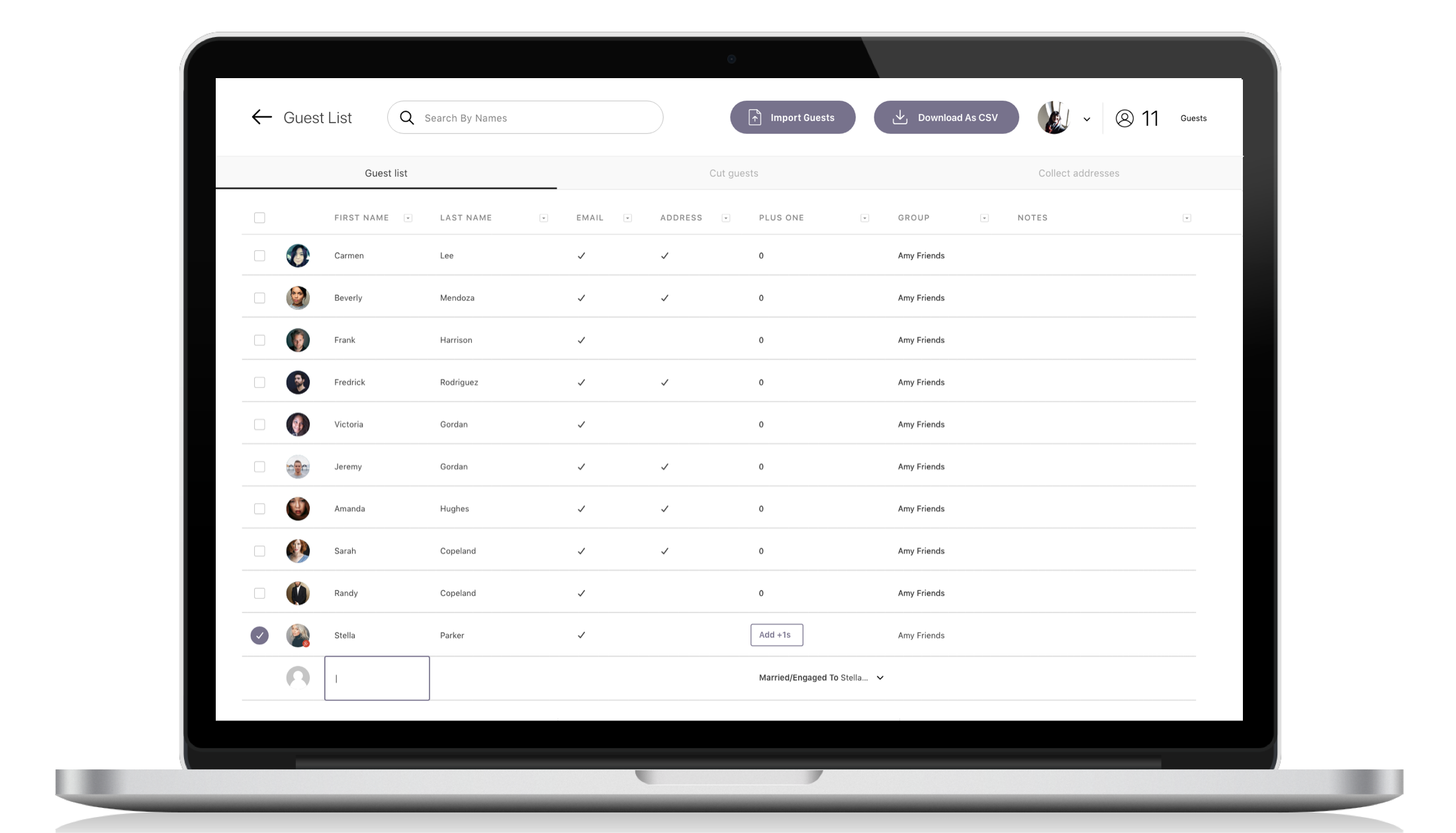 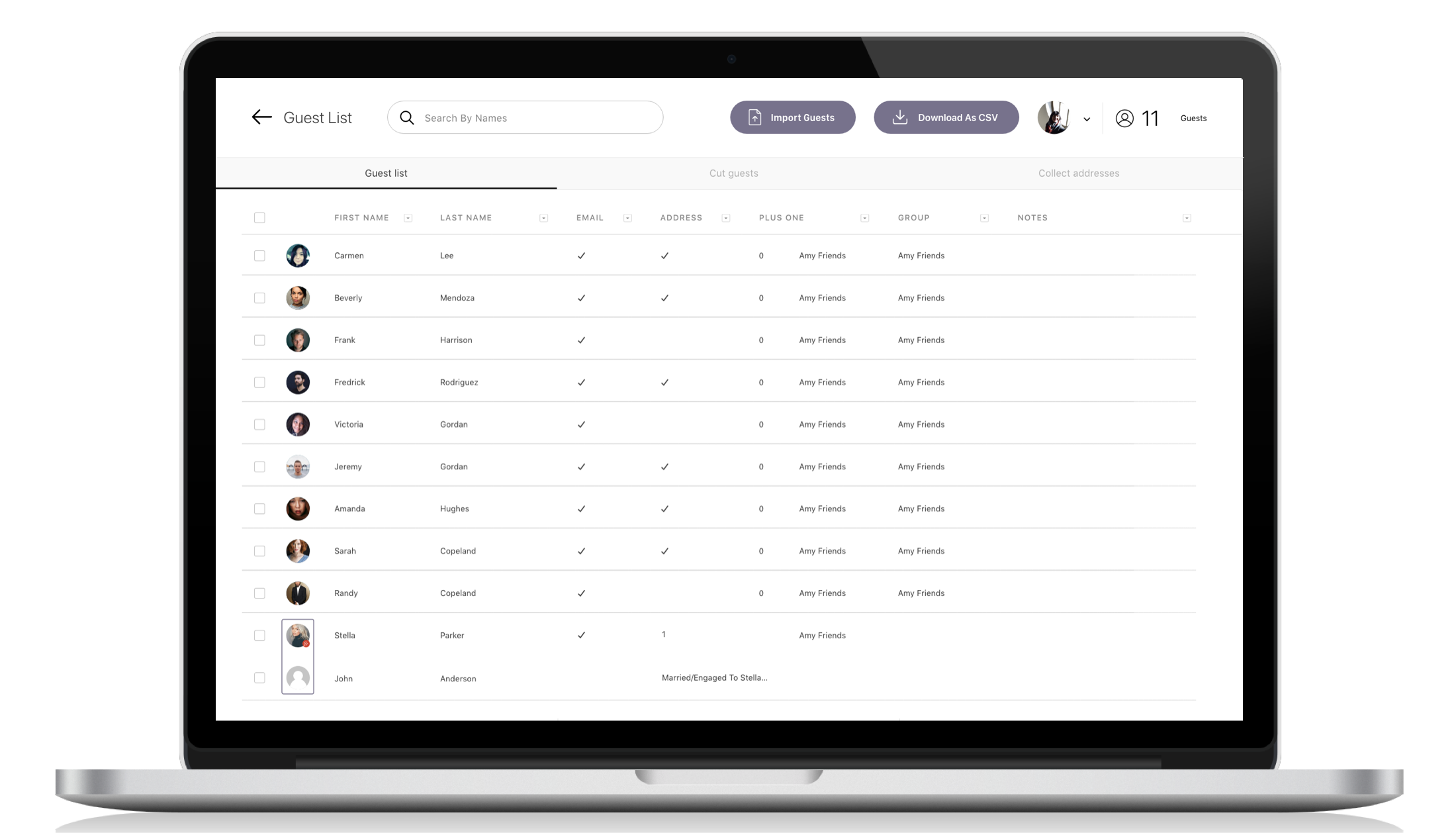 From my research, I realize how the couple decide who to invite to a wedding is based on this social group mental model. They first input 300 people, then they cut based on social groups such as colleagues or primary school classmates, then they decide on individuals within each social group. I created this view to help facilitate that type of activity. 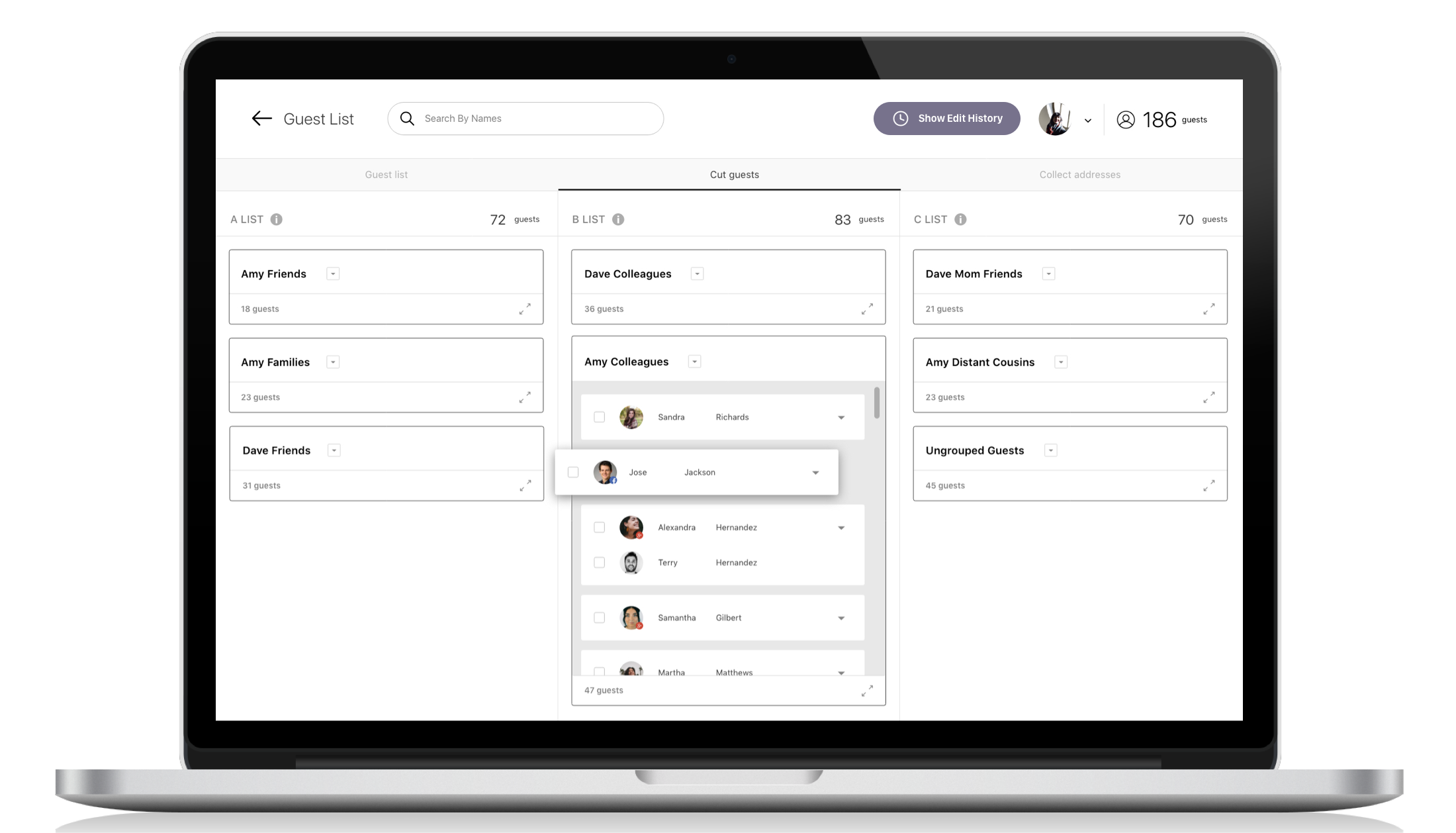 Joy is the first company to present among the 100+ companies during the YC16 Summer batch.

My guest management vision along with the onboarding experience vision I designed at the time was part of Joy’s final pitch presentation which helped the startup raise $4.5 million in seed fund.

Since this design is a completely new instead of a redesign, the feature contributes to the overall retention of the product, which is increased by 16%.

The effectiveness of the design is also measured based on the usage of specific actions completed. For example, 34% of the couples group parties, and 45% of the couples adjusted columns.

The most important feature among admin experience

My vision of the guest management is shipped in 3 stages over the course of 2 years. Some features are kept while some are abandoned based on business needs and engineering tradeoffs. Guest Management became the most important feature of the Joy Admin experience which later on evolved to be “Core”.

One designer now is dedicated to the “Core” experience which also brings Guest Management into the mobile world.